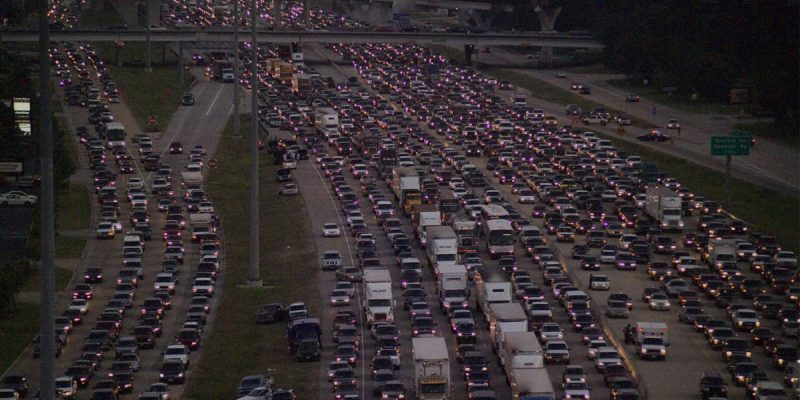 As Hurricane Harvey continues pouring heavy rain down on an already-flooded Houston area, a cruel treatment which doesn’t appear likely to abate until the middle of this week, it’s becoming fashionable to second-guess the refusal of that city’s mayor Sylvester Turner to have ordered a mandatory evacuation of America’s fourth largest city.

After all, so far it’s been thousands of people who have been rescued from flooded homes, and thousands more are still trapped. It will be several days of rescues by volunteers and first responders in flooded neighborhoods – with boats, helicopters, dump trucks, National Guard vehicles and other equipment – in order to get people out.

On Friday, Texas governor Greg Abbott suggested that Houstonians ought to consider heading out of the city for a few days. But that day Turner countered Abbott’s advice, tweeting that people should reconsider leaving en masse.

The fact is, both – and neither – are correct.

From Abbott’s perspective, he’s right. If you’re a resident of Houston, particularly if you live along Buffalo Bayou or the Brazos River, or any of the city’s other rivers, streams, creeks or bayous, Harvey’s devastation was fairly predictable by Friday if not before and it would have made lots of sense to pack up the car with some needed belongings and head for high and dry ground. Your house was either going to flood or not, and there was nothing much you could do about that other than to determine whether you’d be in it when it did.

But Turner’s perspective is also correct. He wasn’t considering the individual circumstances of those people facing an evacuation decision; instead, he was considering the public consequences of those decisions. After all, there are more than 6.5 million people living in the Houston area, and to put all, or even a large part of, those people on the roads at the same time would be far more than the city’s transportation infrastructure could withstand. And this isn’t a theoretical exercise, it’s been done before. Specifically, it was done 12 years ago when Hurricane Rita looked like it was headed straight for Houston.

That didn’t go well at all.

The large number of residents fleeing from Hurricane Rita overwhelmed the infrastructure of many rural East Texas communities. On September 22, 2005, in one rural county alone, it was estimated that 150,000 vehicles sat bumper-to-bumper on four lanes of a 30-mile stretch of Interstate 45 north of Houston. The congested roadways prevented emergency medical workers from quickly responding to the medical emergencies of evacuees, including dialysis, oxygen, insulin, births, and deaths. Extended evacuation times caused major fuel shortages. Vehicles of every type ran out of gas and became stranded along the evacuation routes, worsening the congestion. A trip that usually takes three and a half hours became a 24-hour drive during the evacuation. When evacuees did reach their rural destinations, their huge demand for goods and services such as food, water, ice, and restroom facilities soon overwhelmed supply. Temperatures soared to 100 degrees and humidity hovered at 94%. Evacuees were forced to turn off their car air conditioners to conserve fuel or to keep engines from overheating. Lack of adequate restrooms along evacuation routes forced evacuees to use blankets and towels as privacy screens to construct makeshift facilities along the roadside. This unsanitary disposal of human waste created potential public health hazards such as the spread of infectious diseases and the contamination of the ground water supply.

By Friday, Harvey’s rains had been well underway. Houston took almost 10 inches of rain on Friday, and by the end of the weekend there were places which had seen more than 25 inches of rain.

Meaning that if a mass evacuation had started on Friday when Abbott suggested it, and the 24 hours of gridlock on the highways had commenced as it did when Rita was approaching, you could well have had hundreds of thousands of people stranded on clogged roads when floodwaters came, with potentially thousands or even tens of thousands of deaths. That’s a real possibility, and clearly it terrified the local officials.

It terrified them enough to issue tweets like this…

That’s not a good look, as most of the nightmare scenario painted in the rumor mill came true and it looks like the Harris County officials were lying to the public. They might well have been, but from their perspective it might have been for a good cause – it could be that having people stranded in their homes awaiting rescue is better than having them exposed to floodwaters in their cars and potentially drowning in flash floods.

Let’s also remember that then-New Orleans mayor Ray Nagin issued an evacuation order before Katrina in 2005 which couldn’t have been any clearer, and huge numbers of people stayed in the city anyway, creating a major rescue/relief emergency. There is little reason to think Houston would have fared a whole lot better.

Perhaps the lesson here is there are no good options when a hurricane comes, and when a hurricane comes and stays there are really no good options. Houston is a bit of an improbably placed city in the first place, and its infrastructure isn’t particularly well suited for the kind of adversity this storm has presented. Add 6.5 million people to such a mix and it’s hard to find solutions which work for everybody.

We’re going to hold off on criticizing Turner, or Abbott. Harvey has defied the ability of mere humans to conquer it.