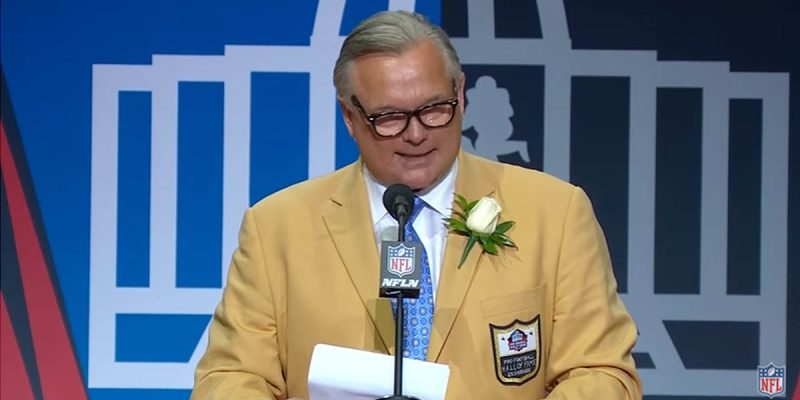 Back in 2009, retired NFL kicker Morten Andersen participated in a radio interview that touched on his prospects of one day being inducted into the Pro Football Hall of Fame in Canton, Ohio.

Somebody asked him which team he would “associate” with at the time of his future induction.  The ever-precise Andersen corrected the questioner stating that unlike baseball’s shrine of greats where many players are depicted on plaques sporting a cap with a team logo, the football Hall of Fame features busts without any team markings.

And then Andersen said something else: if inducted he’d be a representative of every team who welcomed him on their roster, which besides the Saints included the New York Giants, the Kansas City Chiefs, the Minnesota Vikings, and, unfortunately, the Atlanta Falcons.

Whether The Great Dane intended to do so, perhaps he was merely being hyper technical, the comment was like a twist of a knife.

It was as if the Saints, which had fumbled away Andersen to the rival Falcons in an “accounting ledger” move, had also lost Andersen to history as well, resulting in a joint custody with a deeply loathed party.

At the time, not a single Saints player had been inducted into the Pro Football Hall of Fame.

Sure there were franchise “tourists” such as Jim Taylor, Earl Campbell, Ken Stabler, and Doug Atkins who all ended their careers in the Crescent City, though none of them got to Canton based off what they did in Tulane Stadium or the Superdome.

At least while playing FOR the Saints.

There were legends for other teams who collected their last NFL paychecks here.

Rickey Jackson and Willie Roaf would arrive at the hall later, though before Andersen.

The only individual whose induction in the hall was based primarily off his contributions with the Saints was team executive and almost NFL commissioner Jim Finks.

And while Finks made his name from inside an office and not on the field, there’s no questioning his contributions to the organization and his acumen as a gm.

When the Times Picayune ran a headline that Andersen was the third Saint inducted, they forgot about  the man who finally made the team not only winners for the first time but by virtue of that success, viable in a small market with an almost non-existent corporate base.

Andersen’s departure from New Orleans in 1995 was as he diplomatically put it “distasteful” as he was greatly attached to the team and the city.

Andersen had played for the Saints since they drafted him in 1982, and he was deeply involved with philanthropy, particularly with Children’s Hospital.  In fact when Andersen was inducted into the Saints hall, a reference to his involvement with the medical center was incorporated into his enshrinement painting.

After leaving Nola Andersen headed to the Georgia Dome and would become the Dirty Birds’ all-time leading scorer.  He’d also own what the Atlanta Journal Constitution newspaper deemed the greatest moment in Falcon history after he booted the field goal that sent them to the franchise’s first Super Bowl appearance.

Also it was on his second tour with the Falcons where Andersen became the all-time leading NFL scorer.

Fast forward to Canton August 2017.  How would Morten Andersen be remembered?

Outside of the still being renovated but rechristened Tom Benson Hall of Fame Stadium hung large banners featuring images of this year’s induction class.  Andersen was pictured in his Saints’ jersey.

What little Andersen gear you could find was black and gold- in fact he was the one player who was sold out of caps, official Hall of Fame photos, and mini-banners.  The only piece of merchandise depicting Andersen in a Falcon uniform was on a poster featuring the entire 2017 Hall of Fame class.

The Pro Football Hall of Fame’s powers that be set the narrative: Morten Andersen was New Orleans’ legend and Atlanta’s tourist player, though one who did much more for their franchise than the tangential Saints Hall of Famers who had passed through here.

And then Andersen personally made it official in a humorous and self-deprecating speech that told the story of how a Danish tourist would become an American sports legend.

Andersen recognized the coaches who helped him along his unlikely path, including giving a “tip of the ten gallon hat” to the late Bum Phillips, who rarely receives the credit he deserved for building the foundation for the team’s later success in the 1980s.

And then Andersen settled the matter, professing his “deep love for the city of New Orleans and its football team” and his belief that Saints fans are “the most loyal and passionate anywhere”.

“I will always be a part of New Orleans and always a Saint.”

To hear Morten Andersen say those words made the expense and hassle of journeying from New Orleans to Canton (ironically though Atlanta) well worth it.