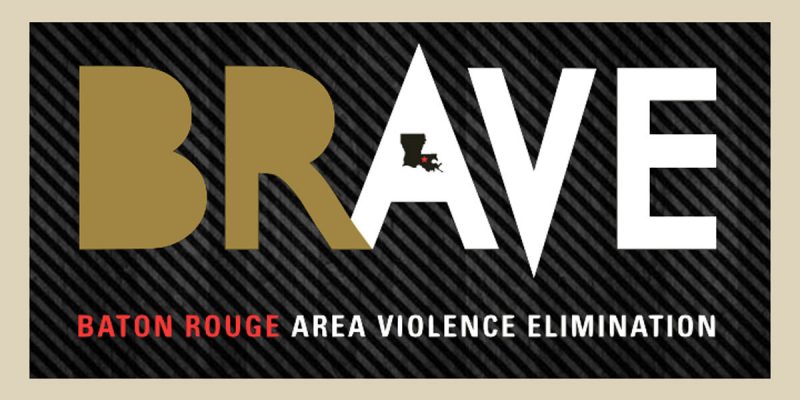 As we noted in an update to yesterday’s post about the attack Gary Chambers leveled at Baton Rouge district attorney Hillar Moore, the substance of which was an e-mail exchange between Moore and Assistant Chief Administrative Officer Dr. James Gilmore in which it appears Moore had known that Arthur “Silky Slim” Reed was getting a contract through the BRAVE program and assented to it, and therefore was not telling the truth about whether he knew Reed was a BRAVE vendor, the district attorney has a bit of a different view.

This was the e-mail Chambers presented…

When we talked to Moore earlier today, he noted that the e-mail exchange Chambers published at his site wasn’t the whole story, and mentioned that lots of things happened after that cursory e-mail conversation.

Here was one Moore shared with us. It’s an e-mail Gilmore sent out five days after his conversation with Moore…

Attached are too proposals I’d like to ask the committee to consider in a special meeting.  I am going to move forward with BRAVE contracts, while awaiting a decision on the extend.    Two most significant things we can do to demonstrate our reboot of BRAVE is 1) increase call-ins/interveners (DA’s Office) and the feds want us to have a transportation firm under contract (period) because they see the lack of services being a result of clients not able to access the services.  The attached are two contracts I’d like us to approve, as soon as possible, and bring before council.

Let me know if we can get a meeting.  Thanks

We think he meant “two proposals,” since there were two attachments to that e-mail.

Here was one – what you’ll notice is that what was discussed in this proposal contained zero mention of Silky Slim, and what’s more it would have barred him from receiving a BRAVE contract because to qualify for one of the mediation intervenor positions in the proposal an applicant couldn’t have been arrested in the last five years as he has.

The Baton Rouge Area Violence Elimination (BRAVE) project commenced January 2013 with federal funding of a group violence reduction effort targeted at 70805.  It was expanded in 2014 to add the high crime zip code of 70802.  The Office of District Attorney Hillar Moore is proposing a Mediation Intervention program that will target youthful offenders (age 14 – 21) who engaged in violence while associated with a violent group by providing support and assistance to ending a life of crime.

The main features of the BRAVE program is the “call-in” where identified group members are called into a meeting with law enforcement and community representatives and encourage them drop out of violence with the assistance of community services.  They are also advised that should they continue in violence then every member of their group will face joint federal-state prosecution.  Through this program virtually every identified group member has been called-in and both violent crime, including homicides, has decreased 25%.

In consultation with our research guide, Dr. David Kennedy of the John Jay School of Criminal Justice, we have learned that the call-ins do lose their effectiveness once most members have been invited to attend.  He suggests that we pursue individualized call-ins by bringing community and law enforcement members to the targeted individual’s home.  We are pursuing this strategy at this time.

At this time we continue to see retaliation shootings as a constant theme in our murders.  To address these retaliations shootings, we would like to borrow a technique used with some success to use Mediation Intervenors, i.e. persons with prior prison experience, to serve as paid mediators and peer counselors to diffuse retaliation shootings.  See e.g. Evaluation of CeaseFire-Chicago Grant Number 2005-MU-MU-0033, National Institute of Justice, Office of Justice Programs, June 2009 (https://www.ncjrs.gov/pdffiles1/nij/grants/227181.pdf)

Following this model, we would propose 4 street workers each in zip codes 70805 and 70802 to provide one person 24 hours a day for street coverage.  This would require a total of 8 persons to be paid $20 per hour and one (1) coordinator to support the BRAVE Executive Director in facilitating this program.  The initial request would be for a six month period beginning July 1, 2017 (Pending an approved extension of the grant).  The persons would be hired by the BRAVE executive director as independent contractors, each limited to 1040 hours and $20,800 in pay.  The Coordinator will be paid $30.00 per hour limited to 1040 in pay $31, 200.  Since we would be looking for ex-offenders with a message of leaving violence behind, background checks would be run to screen out anyone with a criminal arrest or prison time in the last five years and exclude anyone with more than one violence crime and any sex offenders.

The total cost of this program would be:

Bi-weekly timesheets would be required from each street worker as would a biweekly survey of program actions and accomplishments.  Each Intervenor would report the Executive Director of BRAVE and each Intervenor would have to complete a program on mediation skills that we would arrange with our local university contacts.

This program would be continued after six months only if positive results could be documented by the Executive Director of BRAVE.

The other proposal was a contract for Runner’s Courier Service, in the name of Stacy Dunn (she’s the wife of Broome political ally Cleve Dunn), in the amount of $11,000 per month from July through September. It looks like what was actually signed was better than what was proposed, perhaps because someone in Broome’s office knew the Metro Council would balk at a $33,000 proposal.

For Council approval by the end of June, agenda space items for the Mediation Intervenors, the Coordinator, and Runner’s Courier Service will need to be submitted by noon on Thursday, June 8th for Introduction at the Council meeting on Wednesday, June 14th, with the Public Hearing and Council Approval on Wednesday, June 28th.

Let me know if you have any questions.

None of the proposals at issue were ever submitted to the Metro Council.

But here was Gilmore’s response to Toups…

Can I just make the DA’s office a sub grantee and they do all the work with the 8 mediators and coordinator (including contracts, invoices, etc.)?  It’s their concept and I don’t have the manpower in my office to manage it.  Can the Mayor’s Office contract with the DA’s Office?  The Courier Service contract is attached .

The point of this? Gilmore might have identified Silky Slim as someone the mayor’s office wanted to bring into the BRAVE program in that e-mail to Moore, but after giving him an initial “We will try” response the DA’s office came back with a structure for street counselors which would disqualify him from such service, and the BRAVE Grants Review Team discussed the street counselor, or mediation intervenor, program as something which would go before the Metro Council.

Which, Moore accurately says, was never done – and what WAS done was to hire Silky Slim for $9,800 behind everyone’s back.

Naturally, that’s why Hillar Moore says he wasn’t aware of, and didn’t sign off on, the grand idea to hire a guy who thinks Gavin Long brought “justice” to Baton Rouge by slaughtering three law enforcement officers as a street counselor to teach kids respect for the cops.

It wasn’t hard to suspect Gary Chambers was telling less than the truth yesterday. Now we know that suspicion had a sound basis under it. The interesting question now is whether Chambers knew he was lying about Moore – assuming the DA is telling the truth, which isn’t a terrible assumption since he’s brought more information to the table than Chambers has – or if he was just regurgitating what someone else was telling him.