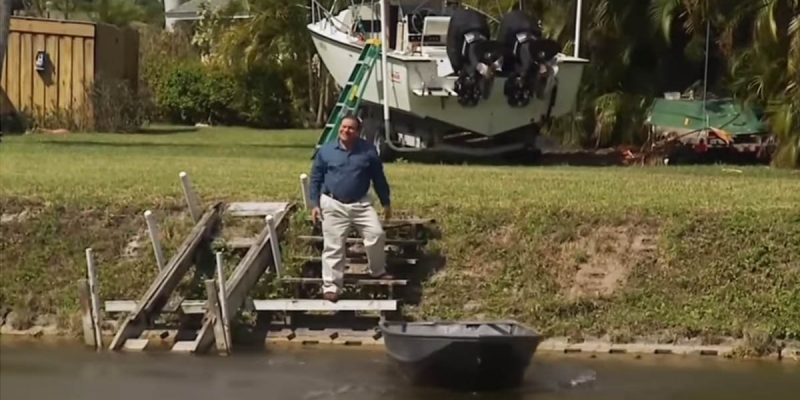 There’s a guy named Ash Reese and he’s a good coonass outta Church Point who discovered he could turn a buck or two makin’ YouTube videos, and specifically what he figured was he could Cajunize things like cartoons and TV commercials an’ make ’em hilarious. Ol’ Ash is pretty good at it, too. Particularly when he gets into the Slap Chop guy and now the Flex Seal guy.

Y’all have seen all the Flex Seal commercials where the dude makes a boat with a screen door in the bottom or cuts the boat in half, then doctors it up with Flex Seal and then goes for a boat ride, yeah? Mais, that kinda thing just begs for a good coonass to come along an’ do some o’ that cultural appropriation we keep hearin’ about. Doctorin’ up a boat to keep it floatin’ is what a lotta coonasses do for a significant part of their day.

But I dunno that Flex Seal is their primary thing. Maybe it is.

Anyhow, so Ash has done a whole buncha knockoffs of the Flex Seal commercials an’ they’re pretty funny. But this is the one we like best since it’s so timely. He’s gotta buncha references in there to current events an’ the Cajun Navy goin’ to Texas, and it’s great.

Here. See for yourself…

There are prolly gonna be people who go “Too Soon!” on this, and make a thing like you’re not s’posed to tell jokes about somethin’ bad like a hurricane. To whom the answer is “Pppppffffffftttt.” I’m just a nutria from Barataria Bay, after all, but even us fur-bearin’ rodents know that keepin’ a sense of humor is the best way to handle tragedy. Takes the pressure off, and so on.

Anyway, here’s a high-five to ol’ Ash for his quality work. You can see more here.