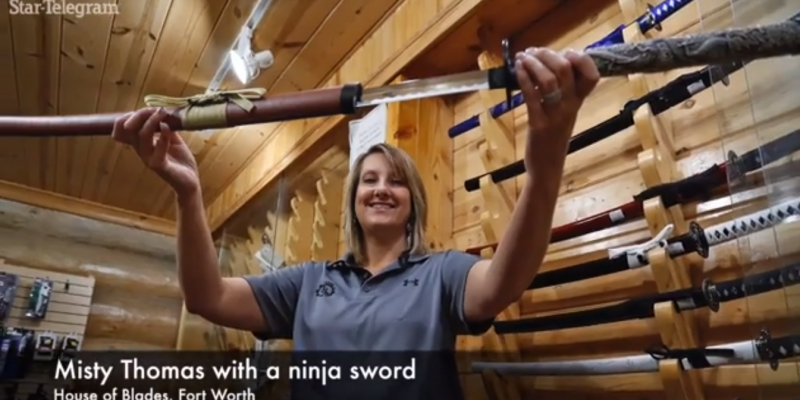 A recent Texas state law, HB 1935, passed during the 85th Regular Session which, as of  September 1, allows Texas residents to carry knives over 5.5 inches in length almost anywhere in the state. The bill amends the previous law that deemed certain knives illegal, replacing it with a restriction on where the knives may be used. The intent behind the amendment, authored by Rep. John Frullo, R-Lubbock, is to give Texans the peace of mind that the knives they carry will not get them in trouble. One argument supporting the amendment cited by Todd Rathner, director of legislative affairs for the national organization Knife Rights, in an interview with The Texas Tribune, is that Texans use various knives depending on various needs, which means they may now use them without fear of breaking the law.

Though there was little opposition in both chambers when the bill passed, opponents of the measure cited their fear of greater danger. Frullo, however, dismisses this concern, arguing that most dangers posed by knife-wielders come from those who are not following the law in the first place. It is the person, not the device, which poses a threat to others and seeking to regulate the latter while ignoring the former misses the mark. This is the same argument advanced by the Right when resisting gun control. However, some might contend that the argument here is even stronger since knives – unlike guns – can be used for multiple purposes, many of which are non-violent. So banning their use deprives law-abiding citizens not only of their protection but also of the other non-threatening uses for which they can be put.

But a legislature can rationally conclude that protecting oneself with a gun is ample justification in and of itself to permit its use even if it cannot be used for other purposes. Just because you cannot use a Glock to open an envelope or peel an apple does not deprive it of its most important use – protecting law-abiding citizens.

Those who oppose allowing others to exercise this basic right need to ask themselves where they draw the line in attempting to prohibit products that can harm others. For there are any number of devices – guns, knives, sharp kitchen utensils, baseball bats, golf clubs, cars, gasoline, propane, oil, matches, fertilizer, shovels, spades, pitchforks, etc., etc., etc., – which can be deadly if put to the wrong use. The common element in crimes involving all of these devices is not the device but the fact that a person with ill intent uses them. Just as Al Qaeda demonstrated on 9/11 when 3,000 people perished without a single shot being fired, people who want to harm others can figure out ways to do so. And, as the crime of arson unfortunately so easily demonstrates, many of those ways are exceedingly easy and can nevertheless cause massive harm. If one instrumentality is beyond their reach (and a healthy black market for illicit weapons and other devices ensures that it probably isn’t), then they’ll turn to another. But in their naïve attempt to prevent access to these items, opponents of guns and knives simply deprive law-abiding citizens of the ability to defend themselves. Line drawing is never easy but, when applied in this context, it is largely a hollow exercise. It is much more sensible to focus on the individual behind the mayhem than purported differences in guns, knives, and other devices that the individual uses to cause the mayhem.