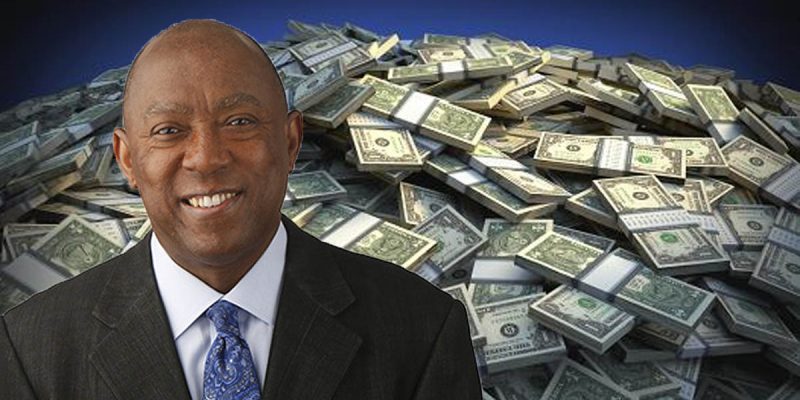 …in the aftermath of Harvey. We’re not sure what to call a “temporary” property tax increase if not price gouging, and that’s what Sylvester Turner, that city’s mayor, is proposing.

Turner’s proposal, which will begin with a series a public hearings later this month and reach a formal vote in mid-October, would increase the property tax rate from 58.64 cents per $100 of appraised value to 63.87 cents.

That is what the city’s tax rate was four years ago, before a 13-year-old voter-imposed limit on Houston’s property tax collections began forcing City Council to cut the rate each year to avoid bringing in more revenue than allowed.

Turner is able to propose an increase beyond the strictures of the so-called revenue cap by declaring an emergency, allowing the city to collect a projected $113 million for one year.

Debris removal could cost more than $200 million and will require the city to foot 10 percent of the bill without being reimbursed by the federal government. Houston also lost 334 city vehicles and saw the municipal courts building, City Hall and its adjacent annex, and two sewage treatment plants knocked offline by flooding.

“If this is not an emergency, I don’t know what is. What we’re able to recoup from one year, the $113 million, will not even be enough to cover the expenses we will have incurred,” Turner said Monday. “What we don’t get from the feds we’ll have to come up with ourselves. I would be not doing my job if I did not advance it.”

The normal expectation would be that the city would tighten its belt, ask the state of Texas for the help the feds don’t give and then recoup its losses with the boom in sales taxes the hurricane recovery will generate. After all, how many of those flooded homeowners are in a position to pay 11 percent higher property taxes for a house they won’t be able to live in for six months to a year?

The government steps in and threatens arrest to private citizens who engage in price gouging, which is, economically, a rational response to shortages and the fastest and cheapest way to attract supply to meet demand (when bottled water is going for $50 a case in advance of or just after a hurricane, you can bet there are hustlers who will move heaven and earth to get as much water to the folks paying that $50 as possible, and pretty soon there’s no need to pay $50 for a case of bottled water). But who’s going to step in and threaten to arrest Sylvester Turner for trying to gouge his customers?

The guess is this won’t go very far and Turner will have damaged himself politically for the asking. That’s our guess because when Channel 2 KPRC-TV polled the idea, this was the response… 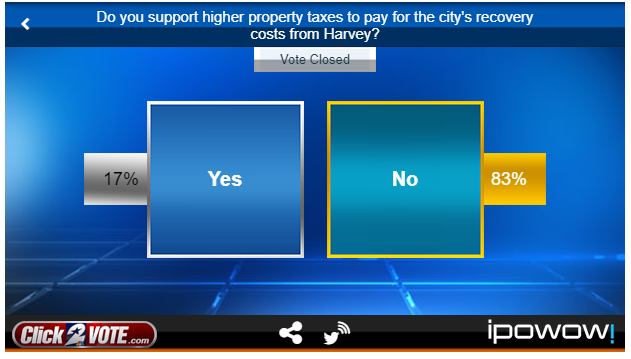 Generally when something is disapproved of by five times more people than approve of it, it doesn’t go anywhere.

We could have predicted this. Economics aside, people don’t like it when businesses engage in price gouging; there was never any reason to think they’d react differently to the government doing it.

Interested in more news from Texas? We've got you covered! See More Texas News
Previous Article In Baton Rouge, We’re Dealing With A Hurricane Of Murders
Next Article WAGUESPACK: On Litigation, Louisiana Has A Reputation Worth Changing