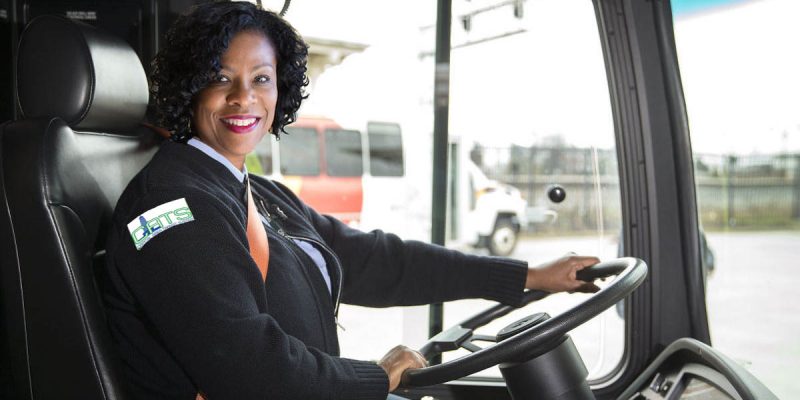 No, seriously, she does. Baton Rouge’s mayor is envisioning a world where everybody has to ride the CATS buses, and if you live in Baton Rouge she wants you to live in that world.

We’re not making this up.

For Baton Rouge to reach its full potential, its transit agency needs to be seen as a viable option for all residents — whether they need to take the bus or simply choose to ride instead of using their own vehicle, East Baton Rouge Parish Mayor-President Sharon Weston Broome said Tuesday.

The mayor-president had visited the Capital Area Transit System less than a week after the parish Metro Council refused to put her Better Transportation and Roads tax proposal on the November ballot.

Broome said the decision was unfortunate because the proposal would have allowed the parish and the transit agency to form a stronger alliance.

She had hoped city-parish and transit leaders could have worked together on projects like the revitalization of Plank Road, which her tax proposal targeted and where transit leaders are preparing an express route. Moving forward, Broome hopes to work with the agency to coordinate its efforts to improve transit hubs with broader community plans.

She was highly complimentary of CATS, saying CEO Bill Deville has “confirmed that CATS will elevate access for the citizens of our community. … (The agency is) helping to make Baton Rouge a better place for everyone.”

In an interview, Broome said she eventually wants to see everyone consider using CATS. The South has a car culture, but progressive cities look to broad bases of public transportation users to improve quality of life for residents.

Baton Rouge has to “shift the paradigm,” the mayor said.

Since when do these control freaks get a mandate to “shift the paradigm” and force people to change how they exercise their rights of mobility and commerce? People who want to live in a place where you have to ride a bus or a train to work have options in that regard – they can move to New York or Chicago, where the city is laid out in such a way where that makes sense. 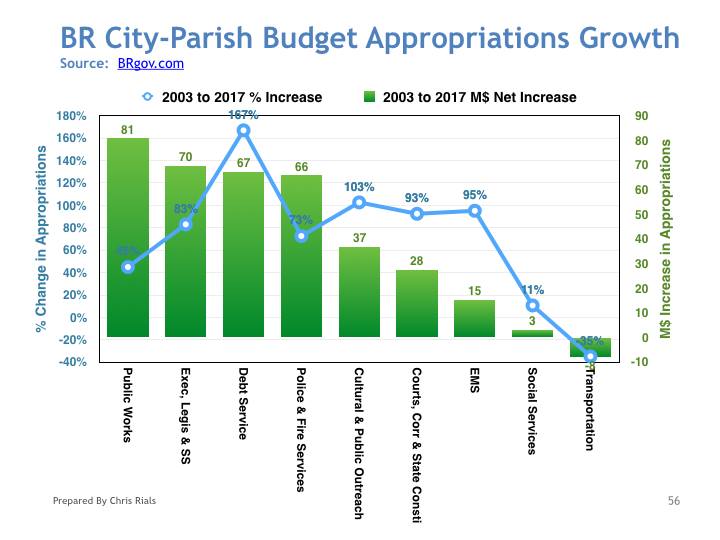 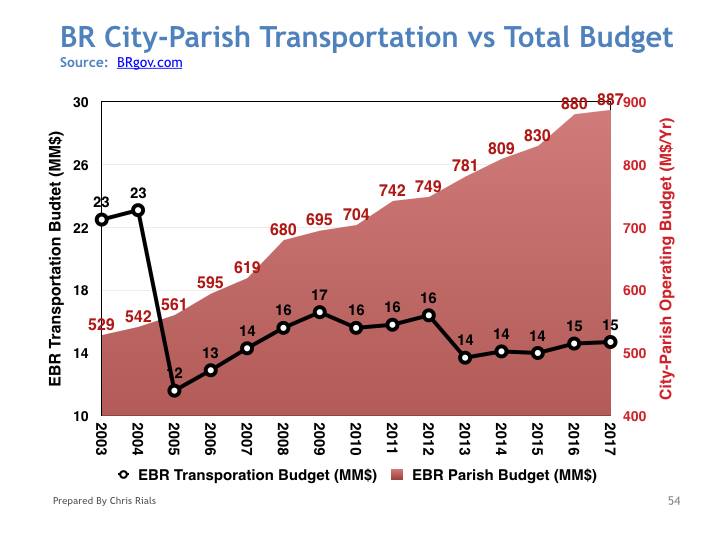 They did this, while at the same time fleecing the voters into an $18 million annual tax to fund CATS, which has proven itself to be a wretched hive of scum and villainy (not to mention a petri dish for racism of all stripes) masquerading as a bus system. That money is being stolen left and right while the buses are just as inefficient and empty as they’ve always been.

Meaning that they’re robbing the money you’re paying in taxes for a functional street network in East Baton Rouge to pay for other, less important items (which by the way are not improving in any fashion that would make you stand up and notice), while at the same time charging you more money to pay for a bus system you don’t want to use. And if you want decent roads to drive on, they want you to pay even more in taxes for those – assuming they can get the Republicans on the Metro Council to agree to it, which apparently is not possible thanks to the complete abuse of the public trust they’ve practiced.

At some point, perhaps, they’ll make traffic so unbearable that you’ll break down and choose the bus, which means six months out of the year you’ll be drenched in sweat or rainwater waiting at bus stops all over town.

Or, you’ll just throw your hands up and move to Livingston or Ascension or West Baton Rouge (if they ever build a third bridge over the Mississippi, which won’t happen while Broome is mayor or John Bel Edwards is governor), and commute into town every day for work in your own car. Which won’t do much for improving traffic, by the way.

But all of this is crucial so that Baton Rouge can “fulfill its potential,” and be a “progressive” city with “quality of life” for its residents – when 99 out of 100 of them would far prefer getting an Uber ride than having to sit on an uncomfortable bus with the dregs of society who could pull out a knife any minute, or worse, and terrorize the fellow passengers.

The madness and stupidity of continuing to force CATS down Baton Rouge’s throat is dispiriting, but it’s what we have. And it isn’t like we can expect much else from Broome, who has now declared herself incapable of hiring a Chief Administrative Officer after eight months in office and is outsourcing the job search to the Baton Rouge Area Foundation.

Oh, you didn’t hear about that?

A search firm is helping Mayor-President Sharon Weston Broome’s administration identify candidates for chief administrative officer after nine months of looking for somebody to permanently fill the No. 2 position at City Hall.

Snelling, a staffing agency with a Baton Rouge branch, has a “contingency contract” with the city-parish to help recommend candidates for the job. Snelling will only receive money if the person Broome hires was identified by the firm, according to interim Chief Administrative Officer Jim Llorens.

Llorens downplayed Snelling’s role on Monday, saying that the company’s services have not replaced the city-parish’s own search. He said they hope to have picked a person to fill the role within the next month.

“We haven’t had any recent contact from them,” Llorens said about the firm. “They’re not the primary search; we’ve been reaching out through the mayor’s contacts, through transition team members.”

The Baton Rouge Area Foundation and Baton Rouge Area Chamber have agreed to pay for the firm’s work. Llorens said that if Snelling is successful, the city-parish would also contribute $17,500 to pay the bill — the amount of money that Broome’s administration can authorize without needing Metro Council approval.

“BRAF has agreed to partner with the Baton Rouge Area Chamber to split the cost to help the mayor identify candidates for the CAO position,” said John Spain, BRAF’s executive vice president.

BRAF and BRAC are paying for Snelling to head-hunt the CAO job, which means they’ve bought into having a say as to who fills it. This is actually a positive development, because they’re not going to allow her to reprise the Troy Bell fiasco, but it’s an indication Baton Rouge has a mayor who can’t run so much as a load of laundry without help.

And yet that mayor would have everyone turn in their car keys and sweat at a bus stop.

We want to live in Baton Rouge anymore…why?

Interested in more news from Louisiana? We've got you covered! See More Louisiana News
Previous Article Absentee Mayor Landrieu Talks Statues While His City Has No Water
Next Article Louisiana Turned Up With A $100 Million Surplus, And The Edwards Administration Is Patting Itself On The Back