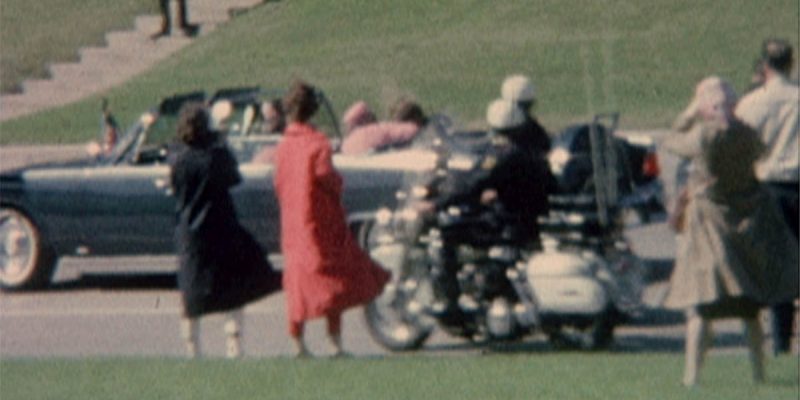 After almost 54 years, the controversy about the assassination of President John F. Kennedy still rages today.

The question at the center of the debate is the roll of Lee Harvey Oswald. Was he the diabolical perpetrator of the heinous crime or an unwitting patsy set up to take the blame for the murder of the century by powerful forces either within the U.S. government, the Mafia or foreign entities?

Prior to the assassination, Oswald spent several months living, playing and working in New Orleans, LA. While some believe he was using that time to prepare for the Kennedy assassination, others are convinced that Oswald was working undercover for the U.S. government or as a foreign spy.

This week in New Orleans, a group of JFK assassination researchers and authors held a series of events to commemorate what would have been the 78th birthday of Oswald, a man they believe was unjustly framed for killing the President. Along with trying to rehabilitate Oswald’s reputation, event organizers had another goal in scheduling these events. They hoped to increase the pressure on the federal government to officially release all files pertaining to the Kennedy assassination as mandated by the JFK Records Act, passed by Congress in 1992 and signed into law by President George H. W. Bush.

The legislation was approved in the aftermath of Oliver Stone’s conspiracy laden 1991 film, “JFK.” Stone alleged that the Kennedy assassination was shrouded in a complex layer of government secrecy.

Since the JFK Records Act became law, the majority of the 5 million pages of Kennedy assassination documents were publicly released in the 1990’s. More files were published just three months ago by the National Archives; however, the Assassination Records Review Board (ARRB), created by Congress, kept secret over 3,100 files.

It is time to unlock these secrets and allow the American people to finally know the whole truth about the Kennedy assassination.  According to ARRB Chairman Judge John Tunheim, “Everything should come out.” Tunheim does not believe that there is any material in the files that will damage ongoing CIA operations or national security. He said, “I can’t believe we’d be compromising anything from the 1950’s and 1960’s.”

This law requires all relevant documents be released to the American public by Thursday October 26, 2017, the 25th anniversary of the law being enacted. Only President Trump can withhold the disclosure of this long-awaited information. According to White House spokeswoman Lindsay Walters, the administration wants “to ensure that the maximum amount of data can be released to the public” while “protecting national security.”

After five decades, it is impossible to believe that a full records release would harm national security in any way. It might embarrass the CIA or other government agencies, but it would not be devastating to our current intelligence operations.

Such a decision would be a major mistake and would generate more suspicion among the American people that their government is involved in a cover-up. Sadly, the government’s track record in being transparent on this issue has been very poor. Tunheim faults the U.S. government for creating “a lot of the mistrust” regarding the assassination “by protecting way too much information.”

Along with the secret files, the government is protecting redacted information in over 30,000 records. This secrecy has led to a justifiable distrust of the federal government. It is no surprise that a 2013 Gallup poll showed that 61% of Americans believed there was a conspiracy involved in the Kennedy assassination.

The President needs to strike an important blow for openness and transparency in government and allow the American people the opportunity to learn the complete story about the Kennedy assassination. Hopefully, nothing will interfere with the online disclosure of all of the JFK documents.

President Trump is being encouraged by members of both parties to fully release the files. A powerful supporter of full disclosure is U.S. Senator Chuck Grassley (R-IA), Chairman of the Judiciary Committee, who said “Americans deserve a full picture of what happened on that fateful day.” Finally, after 54 years, it is time for the truth, the whole truth and nothing but the truth.

Interested in more national news? We've got you covered! See More National News
Previous Article Bernie Sanders-Style Radical Socialism Is Destroying the South, One City At A Time
Next Article So, Baton Rouge…Do You Feel Like You’re Getting Your Sales Tax Dollar’s Worth?