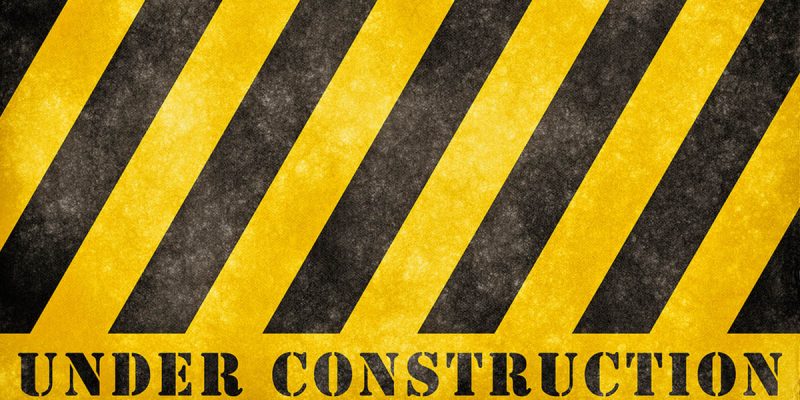 Some of you might have noticed that we’re not popping out quite as much volume content-wise on the Hayride as we were a couple of weeks ago, and I have a bit of excuse-making to do along those lines.

I’ve got a crew at my house, which is also my office, basically turning it upside down. They’re redoing all the ceilings, which used to have that awful early-1980’s popcorn texture, they’re repainting walls, they’re totally redoing the bathrooms and handling a few other small things. And as soon as that’s done I have another crew coming in to recarpet the stairs and the upstairs hallway and bedrooms.

We’re three weeks into this project. I don’t really know where we are in terms of the finish line. It seems like we’re not even halfway done. The house is now covered in dust, and over the weekend, because the work started migrating from downstairs to upstairs I had to move all of the upstairs furniture downstairs where it’s now stacked in meticulous piles in the living and dining rooms. A second phase of that process begins later this week when it moves into a portable storage unit where it will stay until the new carpet is installed.

So working out of the house is, obviously, untenable. Sleeping in it is rapidly becoming so as well.

The dog has to get boarded at the vet down the street every day. He had to stay there for a whole week while the popcorn came off the ceilings and the whole house was covered in plastic to catch the dust. Strangely, Bingle loves it at the vet.

And on Monday of last week I got on the scale, largely because I was at a tailgate party before the LSU-Auburn game and somebody put a picture of me on Facebook and I was perturbed at how fat I looked (I’m always perturbed at the aesthetic quality of photos bearing my likeness, but this was worse), and the results horrified me.

255 pounds. I’ve never been that big. Ever. Don’t let anybody tell you fat-shaming is a bad thing. It’s a great thing. I fat-shamed myself, and right then and there I declared a complete lifestyle change. Which I’ve done – I cut pretty much all the carbohydrates out of my diet that I could, not to mention as much sugar as I dared, and alcohol as well. For the last eight days it’s been nothing but meat and vegetables, and water and iced tea to drink – with one glass of red wine at night.

And I’m walking four miles a day, working up to running those miles instead of walking.

This is how it’s going to be until I get down to 215. At that point I’ll slack off the diet some and eat a little more of what I want, but when the house is finally done I’m having an exercise machine – I’m looking at a Bowflex Max Trainer, which is the one on TV boasting of the 15 minute workout that kicks your ass but works wonders for your physique – put in not four feet from my desk in the office. Considering the investment of the beer money that will go into it I’m pretty sure I’ll have no choice but to use the thing, particularly since it’s basically going to be the only avenue to return to enjoyable eating without getting fat again.

This is all going on while we’re about a week away from The Hayride’s Fall Dinner, which is taking place at the Petroleum Club in Lafayette on Nov. 1, and if you haven’t gotten your tickets for it you can click the link and buy them. So we’re hustling to get everything ready for that event while all this is going on.

But that’s why I’m doing posts about Ed Orgeron and the Sock Slider rather than more important things going on in the world. It’s the best I can do for now. I’m working out of the CC’s Coffee House up the road, and while I’m trying to write Hayride posts I’ve got people making sales calls and talking about their grandkids in the background. It’s not the worst thing in the world, but it’s also not what I’m used to. Throw in the constant interactions regarding the construction back at the house and it’s a lot.

And there’s something else to note amid all of this, which is that I wasn’t all that happy with how our Texas operation was proceeding, so we’re going to reboot it. More to the point we’re rebooting the entire concept of The Hayride’s expansion outside of Louisiana, which is that we’re going to become more of a true Southern politics and culture site. You’re going to see a number of writers who aren’t based just in Louisiana or Texas, and you’re also going to see more content from our familiar writers venturing further afield geographically speaking.

As an example, Chris Butler – who’s originally from Ruston but currently living in Tennessee – made his Hayride debut this morning with the first of a series of posts on the Louisiana Department of Wildlife and Fisheries and its water-carrying for the environmentalist movement where red snapper fisheries management is concerned. As another example, Corey Vaughn had a great piece last week on how Bernie Sanders-inspired and -funded leftists are starting to make headway in municipal elections around the South, turning a number of cities which really can’t afford to become less friendly to business into true Third World wannabe burgs.

So bigger and better things are coming. But I’m in the twin hells of home construction and crash dieting, and will be for some interminable period of time. And if my work product suffers a little for it, well…I’m doing the best I can, and I demand your understanding and pity, dammit.