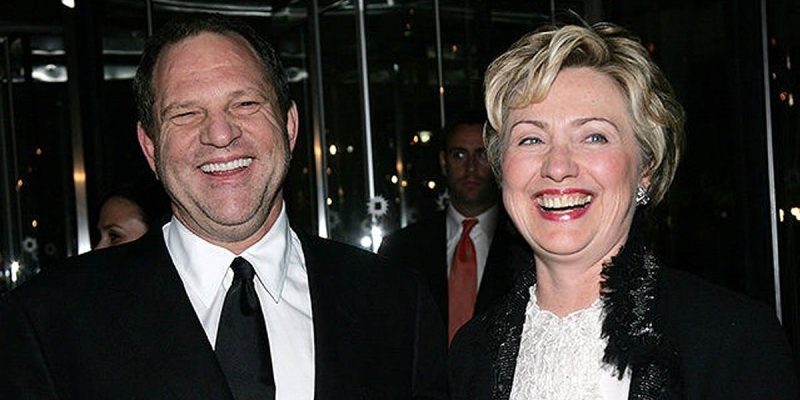 This morning I have a column about the Hollywood movie mogul Harvey Weinstein, among whose credits are virtually all of the Quentin Tarantino movies as well as TV series like Project Runway and Mob Wives, but whose primary contribution to the American cultural scene turns out to have been the perpetuation of a show-business tradition we could all do without…

Weinstein is under fire for decades of existence as a walking cliché — the rich, powerful and grossly unattractive film executive making use of the casting couch and the carnal favors it yields to enhance a sex life his physical attractiveness and personality would disqualify him from, and, recognizing the yawning distance between the perquisites of his power and just deserts of his conduct, seeking solace and atonement in leftist politics.

The New York Times had a story yesterday detailing some of Weinstein’s rapine behavior, in which he used his power to extract sexual attention from women who wanted to act, write, direct or do other things in Hollywood, and it’s a nauseating litany. The publication of that piece led Weinstein to issue a statement which was even more septic in its therapeutic narcissism. By way of redemption Weinstein offered that he would undertake a personal jihad against the National Rifle Association and that he’d make a movie attacking Donald Trump – who for all the rightful criticism of his behavior isn’t half the cad Weinstein appears to have been. After all Trump hasn’t settled some eight separate claims by women who he abused as Weinstein has.

Oh, and Weinstein says he’s establishing a $5 million foundation to give scholarships to USC’s film school for prospective female directors. Sounds like another batch of women he’ll be able to lord over at the Beverly Peninsula.

But what the New York Times went easy on was that Weinstein is almost as big a political player as he is in show business. From OpenSecrets.org…

That’s an awful lot of cash being thrown around, and it marks Weinstein as one of the larger financiers of the Democrat Party.

And does anyone really believe the Democrats didn’t know precisely what this man was?

Hillary Clinton, whose relationship with Weinstein goes back more than two decades, can hardly castigate anyone for boorish behavior around females – not only did she sanction it from her husband, a notorious sexual abuser, but she clearly didn’t have a problem with Weinstein’s behavior so long as those checks cleared.

And let’s not let Liz Warren, Barbara Boxer, Kirsten Gillibrand, Rosa De Lauro and Dianne Feinstein off the hook – they took his money, too, and particularly in the cases of Boxer, Gillibrand and Feinstein they knew what they were getting in bed with.

They knew. They didn’t care. All that mattered was power they could buy with his money.

The Weinstein case isn’t just about Hollywood – which given his prominence in it has absolutely zero credibility as a shaper of our cultural values at this point. It’s about the entire American Left and the piss-poor morality it espouses. That Harvey Weinstein and his army of public-relations mercenaries believe somehow he can repair his career by attacking Trump and the NRA shows how badly out of touch with decency the Left is – Weinstein wouldn’t be offering those things if there weren’t people telling him they’d work to get him good press.

He’s almost surely wrong, but then again Weinstein gave lots of money to Ted Kennedy, whose left-wing politics seemed to save him from his own boorish behavior when it came to how Kennedy was covered. Which tells you this has been going on for a long time.

For the rest of us, we have to ask ourselves whether there is a point at which our gag reflex kicks in and we simply refuse to take any more moralizing and lecturing from the people who control our culture. Degeneracy is only attractive in small doses, after all.

Interested in more national news? We've got you covered! See More National News
Previous Article Some Of The Numbers Are In, And Early-Voting Turnout For The Oct. 14 Election Is Abysmal
Next Article Why Is Lane Grigsby Attacking Desiree Charbonnet?