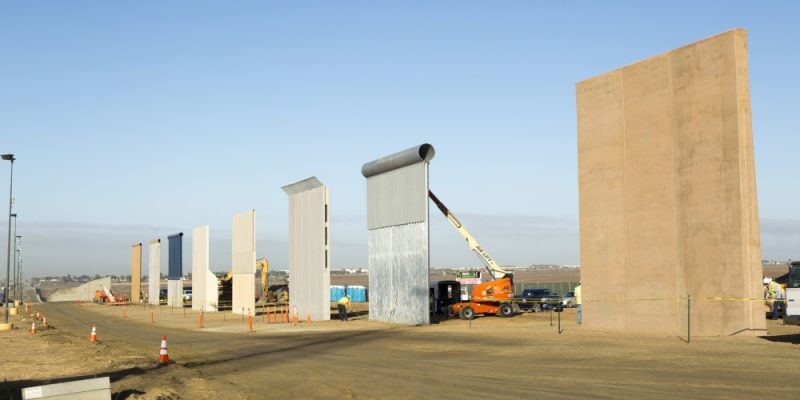 If there was ever a reality-show moment to tightening homeland security it would be right now, as President Donald Trump’s famous Big Beautiful Wall on the Mexican border is slowly becoming a reality.

U.S. Customs and Border Protection announced last week that the construction of eight prototypes for the much-discussed and much-needed border wall just wrapped up in San Diego.

U.S. Customs and Border Protection (CBP) announced today that construction for prototypes of the Border Wall has concluded in San Diego.

The prototype construction phase is complete. CBP will now test and evaluate the finished products, provided by industry, to determine which wall design elements meets our needs. This testing and evaluation period will last 30 to 60 days.

“Border security contributes to our overall national security and relies on a combination of border infrastructure, technology, personnel, and partnerships,” said acting Deputy Commissioner Ron Vitiello. “Border walls have proven to be an extremely effective part of our multi-pronged security strategy to prevent the illegal migration of people and drugs over the years. Specifically, walls are part of a border enforcement zone, which includes patrol roads, lights and surveillance technology. These border enforcement zones give our men and women of CBP the best possible conditions to maintain a safe and secure border.”

You can check out more photos of the prototypes here.

Interested in more news from Texas? We've got you covered! See More Texas News
Previous Article A Couple Of Thoughts On The Donna Brazile Tell-All…
Next Article Donna Brazile Is Running Away From The Dossier