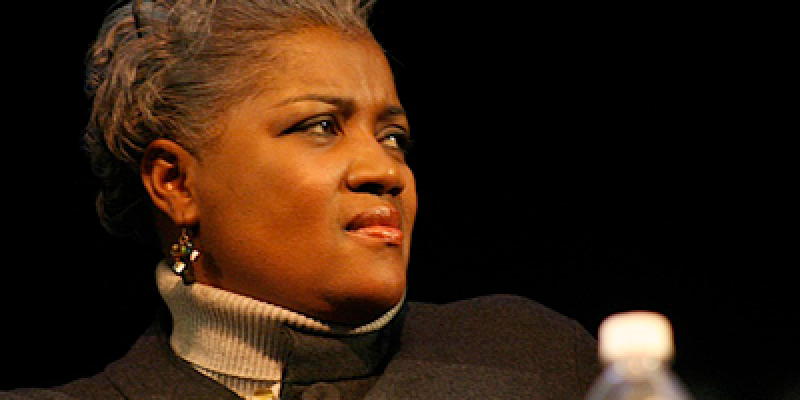 Donna Brazile has long had her finger in Democratic politics and scandals. Now, she’s making a run for the hills from the one that is set to embroil some of the biggest names in her party.

Today, an earthquake shook the Democratic Party and the DNC as former interim DNC chair Donna Brazile dropped an article on Politico that described extreme ineptitude by former DNC chair Debbie Wasserman Schultz and how the Hillary Clinton campaign had exerted extreme amounts of influence over the Democratic primary process, resulting in a process that was overly lopsided against Senator Bernie Sanders. The article by all accounts is a bombshell; it’s the first real admission by a DNC official that the primaries were indeed rigged against Sanders, and it’s incredibly revealing on just how bad off the DNC and the overall Democratic Party were in 2016. However, more interesting is the information that is not explicitly stated that the article reveals.

The article very much places the blame for the 2016 election loss on Hillary Clinton, Debbie Wasserman Schultz, and the overall process that the two leveraged to get Clinton to the top. The article details at length how the DNC was in severe debt, and how Clinton’s campaign became involved to relieve the burden that Wasserman Schultz was leaving on the DNC. Furthermore, Brazile claims that she was completely blindsided by Wasserman Schultz, leaving her in an untenable situation as interim chair. However, that stipulation seems rather unbelievable, something that Joe Cunningham noted in his article.

It’s clear to see why Brazile would publish something like this considering the groundbreaking events of the past few weeks. This article isn’t about necessarily establishing Brazile as innocent of every shady action that the Democrats have become embroiled in lately. This is about Brazile trying to distance herself as far as possible from the Clintons, from Wasserman Schultz, from Fusion GPS, or anything else that has to do with the Trump dossier. As interim chair, Brazile played a key role in supporting Hillary Clinton’s campaign for president, and now that the news of the DNC’s involvement in the creation and financing of the dossier has broken, Brazile is fleeing from the scene of the crime. The dossier topic is simply toxic to the Democratic Party; those who are involved are looking at serious consequences and potential investigations. The involvement of several key Democrats in the dossier is alarming as it could become looped in with the current Russia investigation led by Robert Mueller, which would further constitute a reason to distance oneself from anything to do with the Clinton campaign or DNC. After all, you now see two types of Democratic reactions to the scandal: those who would have direct knowledge are being forced to own it but denying that it was unconventional and that it was any sort of illegal, and the other group (such as Brazile and current DNC chair Tom Perez) are saying they had absolutely no part and that it’s the fault of Clinton, Wasserman Schultz, or some other corrupt Democrat.

This article is important because it shows that the Democrats are seeing something that the media is not willing to portray: that something extremely potent has finally been found that incriminates major members of the Democratic Party, and that there is ample reason to run from such a threat. It shows further the major divide in the Democratic Party between the establishment wing and the progressive wing. It shows that now more than ever, the Democrats are facing major decisions that will determine the success of their party going forward. Right now, it seems like they are stuck in a lose-lose situation: stick with a sinking ship, or go with one that is so radical that they are unelectable.

And so, in reference to the famous quote from the movie Forrest Gump, “Run, Donna! Run!”

Interested in more national news? We've got you covered! See More National News
Previous Article Check Out These Prototypes For The Trump Wall
Next Article ERSPAMER: In Defense Of Louisiana’s Criminal Justice Reforms