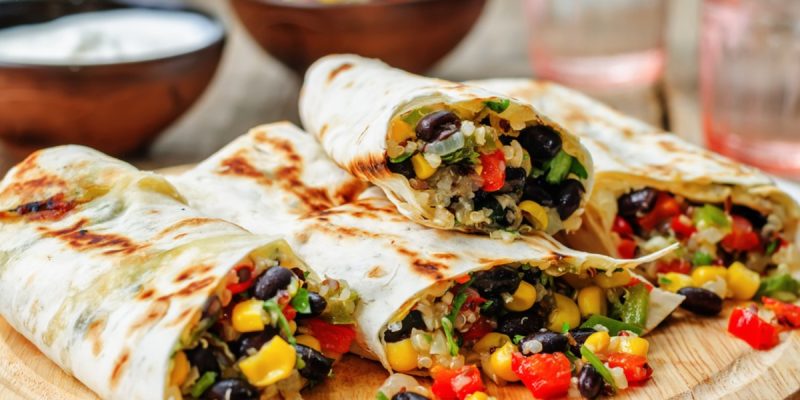 From the Louisiana business world comes a rather crazy story of predatory marketing, cutthroat competition and two companies which downright do not like each other. We give you Izzo’s Illegal Burrito vs. Rouse’s Supermarkets…

Izzo’s Illegal Burrito and its parent company have upped the ante in their long-running lawsuit against the owners of Rouses Supermarkets.

RICO cases are serious business, and have brought down mafia dons, corrupt government officials and Major League Baseball teams, and the RICO statute isn’t typically used in disputes between two businesses. But in its recent court filing, Izzo’s alleges Rouses engaged in the kind of corruption and racketeering that constitute a RICO action.

Izzo’s is alleging essentially three things. First, that in 2011 Rouse’s attempted to bribe an Izzo’s store manager into taking a job with the supermarket chain and bringing along his recipe book so that Rouse’s might replicate Izzo’s product with burrito bars in its own stores. If you’ve been in a Whole Foods you’ve probably seen something along the lines of what that looks like.

Second, Izzo’s alleges that Rouse’s has been acting to ban Izzo’s from expanding into retail locations where Rouse’s is an anchor tenant, most specifically in the Juban Crossing Shopping Center in Denham Spring. Izzo’s says Rouse’s people told Juban Crossing leasing agents that Izzo’s burritos were “substandard” products and that the restaurant chain was “litigious” – which Izzo’s says is wire fraud.

There’s a little bit of humor in that charge, of course. Without making any judgements about the truth of Izzo’s claim it’s a little amusing to see the old “Don’t call us litigious; we’ll sue you” argument being made.

And the third allegation is that Rouse’s is using Izzo’s trademarked recipes, which may or may not be tough to prove. A burrito is a burrito, after all.

The attorney representing Izzo’s is one Robby Evans, who’s mostly a personal injury lawyer out of Metairie and who made a name for himself last year by having filed a recall petition against Jefferson Parish President Mike Yenni after the latter’s questionable behavior became public.  And the RICO suit is the latest iteration of a running legal battle between the two companies – Evans filed a previous suit on Izzo’s behalf out of more or less the same fact pattern and had the vast majority of the claims thrown out by federal judge Shelly Dick, who Evans attempted unsuccessfully to remove from the case.

And so the rest of us may sit back and watch the escalation of The Great Louisiana Burrito War.

Interested in more news from Louisiana? We've got you covered! See More Louisiana News
Previous Article UPDATED: What’s The Source Of The PAC Ads Beating Up Rob Maness In The House District 77 Runoff?
Next Article APPEL: On Tax Reform, And What It Means