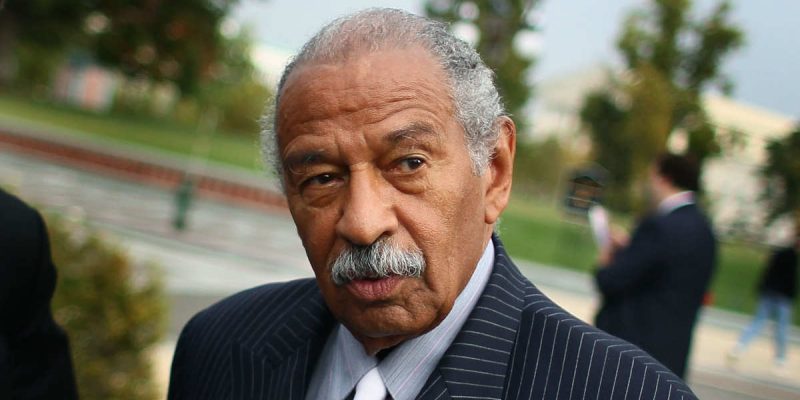 Rep. John Conyers (D-Mich.), the longest-serving current House member, reportedly settled a wrongful dismissal complaint in 2015 after a former employee accused him of firing her for resisting his “sexual advances.”

Documents examined by BuzzFeed described a wide-range of inappropriate conduct, including making requests for sexual favors, caressing and touching, as well as having his staff contact and transport women they believed were sexually involved with him.

Four unnamed sources who were involved with the case confirmed to BuzzFeed News that the documents are authentic.

Conyers’s office did not immediately respond to a request for comment from The Hill.

The alleged victim told BuzzFeed she “was basically blackballed” over the incident.

“There was nowhere I could go,” she said.

The unnamed woman filed her first complaint in 2014 and eventually signed a confidentiality agreement that included a settlement of $27,111.75.

BuzzFeed News broke the story, but don’t let that deter you. The documents were initially received by hardcore Trump supporter Mike Cernovich, who saw that the left would immediately attack the source of the story instead of looking at its contents. After all, Conyers is a beloved figure in some circles, and even helped found the Congressional Black Caucus.

At first glance, the story may not seem all too different from all of the other sleazebag politicians we’ve been hearing about. But the fact that Conyers is the head of the Office of Compliance, which is supposed to oversee incidents of abuse, things get a lot more interesting.

Congress has no human resources department. Instead, congressional employees have 180 days to report a sexual harassment incident to the Office of Compliance, which then leads to a lengthy process involves counseling, mediation, and requires the signing of a confidentiality agreement before a complaint can go forward.

After this, an employee can choose to take the matter to federal district court, but another avenue is available: an administrative hearing, after which a negotiation and settlement may follow.

Some members of Congress have raised major concerns with the current system over the years, but the calls for an overhaul have grown louder in the post-Weinstein era. Members have argued that 90 days is too long to make a person continue working in the same environment with their harasser; that interns and fellows should be eligible to pursue complaints through this process; and that it is unfair for a victim to have to pay for legal representation while the office of the harasser is represented for free by the House’s counsel.

In this case, one of Conyers’ former employees was offered a settlement, in exchange for her silence, that would be paid out of Conyers’ taxpayer-funded office budget. His office would “rehire” the woman as a “temporary employee” despite her being directed not to come into the office or do any actual work, according to the document. The complainant would receive a total payment of $27,111.75 over the three months, after which point she would be removed from the payroll, according to the document.

So Conyers’ position basically allowed for an operation where he could do whatever he wanted, and if these women complained he could pay them off with taxpayer money and then never see them again.

If there’s a swamp in Washington, Conyers is in the middle of it. As far as the actual allegations, they ain’t good.

In her complaint, the former employee said Conyers repeatedly asked her for sexual favors and often asked her to join him in a hotel room. On one occasion, she alleges that Conyers asked her to work out of his room for the evening, but when she arrived the congressman started talking about his sexual desires. She alleged he then told her she needed to “touch it,” in reference to his penis, or find him a woman who would meet his sexual demands.

She alleged Conyers made her work nights, evenings, and holidays to keep him company.

In another incident, the former employee alleged the congressman insisted she stay in his room while they traveled together for a fundraising event. When she told him that she would not stay with him, she alleged he told her to “just cuddle up with me and caress me before you go.”

“Rep. Conyers strongly postulated that the performing of personal service or favors would be looked upon favorably and lead to salary increases or promotions,” the former employee said in the documents.

Three other staff members provided affidavits submitted to the Office Of Compliance that outlined a pattern of behavior from Conyers that included touching the woman in a sexual manner and growing angry when she brought her husband around.

One affidavit from a former female employee states that she was tasked with flying in women for the congressman. “One of my duties while working for Rep. Conyers was to keep a list of women that I assumed he was having affairs with and call them at his request and, if necessary, have them flown in using Congressional resources,” said her affidavit. (A second staffer alleged in an interview that Conyers used taxpayer resources to fly women to him.)

The employee said in her affidavit that Conyers also made sexual advances toward her: “I was driving the Congressman in my personal car and was resting my hand on the stick shift. Rep. Conyers reached over and began to caress my hand in a sexual manner.”

The woman said she told Conyers she was married and not interested in pursuing a sexual relationship, according to the affidavit. She said she was told many times by constituents that it was well-known that Conyers had sexual relationships with his staff, and said she and other female staffers felt this undermined their credibility.

It’s hard to figure out what’s more gross here, the fact that a 86-year-old man is sexually exploiting women or that he’s using our money to do it.

Conyers is the longest-running member of Congress; he’s been in office since 1965. A lot of the sources who spoke on him said they feared retribution, and others are saying his status as a civil rights icon will protect him for this controversy.

Another staffer said that Conyers’ reputation made people fearful to speak out against him. Aside from being the longest-serving House member and the ranking member of a powerful committee, Conyers is a civil rights icon. He was lauded by Martin Luther King Jr. and is a founding member of the Congressional Black Caucus.

“Your story won’t do shit to him,” said the staffer. “He’s untouchable.”

I guess we’ll see about that.

John Conyers settled charges of sexually harassing staffers during the time his wife was in prison for taking bribes on the Detroit City Council.

Interested in more national news? We've got you covered! See More National News
Previous Article COURRÈGES: Making a Hash of the Second Amendment
Next Article The Pressure On Kennedy To Back Kyle Duncan Is Increasing