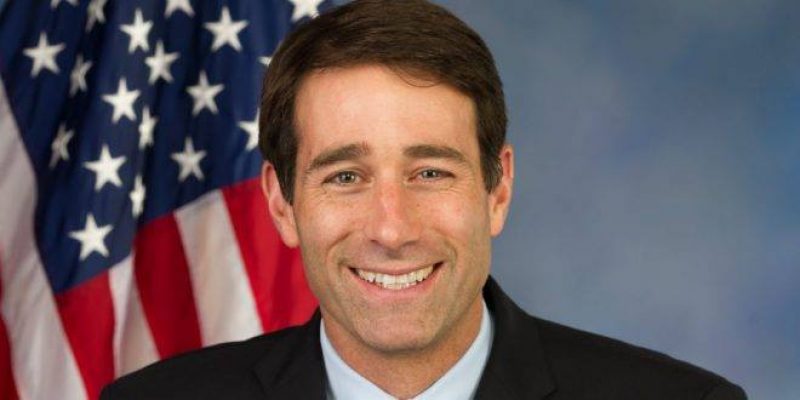 Congressman Garrett Graves has announced the passage of FEMA reforms by the House Transportation and Infrastructure Committee. The reforms will be voted on by the entire House of Representatives this month.

A series of bipartisan federal disaster policy changes authored by Congressman Garret Graves (R-South Louisiana) – including a fix to the duplication of benefits problem plaguing many Louisiana flood and other disaster victims – were approved yesterday by the Transportation and Infrastructure Committee in sweeping FEMA reform legislation.

H.R. 4460, “The Disaster Recovery Reform Act” (DRRA), which was unanimously approved by the committee, makes critical reforms to FEMA’s disaster response and recovery programs to provide on-the-ground help and to cut through bureaucracies when disaster strikes so that families, individuals, civic organizations, small businesses, state and local governments, and others in our communities can better prepare for, respond to, recover from, and mitigate against floods, hurricanes and disasters of all kinds. The DRRA represents an important move toward the federal government taking a more proactive approach to disaster preparation, relief and recovery – a policy shift that Graves has long advocated.

The bill is expected to be voted on by the full U.S. House of Representatives in December.

“This is one of the most significant disaster recovery and preparedness bills in decades,” said Graves. “The legislation truly captures and takes action on the frontline feedback and lessons learned from our August flood, recent hurricanes and other events. This is the way Congress is supposed to work.”

Here are some of the reforms that were included in the bill:

Graves-Richmond “duplication of benefits” legislation – DRRA includes the text of H.R. 4438, introduced by Congressmen Graves and Richmond, which eliminates the flawed “duplication of benefits” policy that prevents Louisiana flood survivors from gaining access to Restore Louisiana grants.   As many as 10,000 Louisiana flood victims will be able to access the federally-funded Restore Louisiana grants administered by the state.  The policy will also benefit hard hit areas like Texas, Florida, Puerto Rico and the US Virgin Islands.

Graves-Richmond streamlines flood mitigation – The Graves/Richmond amendment also clarifies the flexibility to states and local governments to complete much needed flood mitigation projects, like the Comite River Diversion Canal.  Under the provision,  FEMA hazard mitigation funds are clearly authorized to complete Army Corps of Engineers flood, drainage, coastal and hurricane projects.  The congressional delegation has appropriated nearly $300,000,000 in federal funds to the state for hazard mitigation projects such as the Comite project.

Building Back Faster and Smarter – H.R. 4460 establishes a new program where rebuilding and recovery efforts can include resilient construction to help prevent repetitive losses and to prepare for future disasters – ultimately saving taxpayer dollars.  The bill also funds a “surge” of building inspectors to help address permitting and assessment activities that typically delay rebuilding and recovery.

Proactive Resilience – Rather than waiting for disaster to strike, the bill creates a new fund to address resilience projects (i.e. flood control, hurricane protection, elevating structures, etc.) before floods and hurricanes strike.  This proactive shift will help to complete stalled Corps of Engineers projects and advance federal-state-local partnerships in preventing disaster losses and the loss of life.  The legislation also provides financial incentives for states and local governments that make resilience investments to prevent flooding and other losses.

Arbitration for Local Governments – Another Graves amendment was unanimously adopted that restores the arbitration process at FEMA that will help facilitate more rapid reimbursement to local governments that are delayed and denied due to FEMA resistance or inconsistent policies. Arbitration creates an independent, quasi-judicial, balanced, objective process to resolve lingering, costly disputes that stymie recovery.  In many cases, our local governments cannot afford the legal costs of fighting FEMA.  This amendment provides a quick and fair resolution process to resolve disagreements that delay disaster recovery.

Submerged Roads – FEMA Public Assistance for inundated and submerged roads is highly inconsistent and frequently arbitrary, which leads to confused efforts to repair or replace much needed roads damaged by floodwaters, like the significant number of damaged roads in Livingston, Ascension, East Feliciana, East Baton Rouge and Iberville Parishes. This amendment requires FEMA to work with the Federal Highway Administration to develop a consistent, reliable, reasonable policy to cover damages to our roadways.

Proof of Insurance – Katrina survivors receiving federal assistance are required to obtain and maintain flood insurance. FEMA requires Louisiana to act as the flood insurance police for those receiving this assistance – a job clearly outside the bounds of state responsibility – or FEMA will penalize the state for failing to enforce. The Graves “proof of insurance” maintains a reasonable insurance requirement while removing the bureaucratic, legacy Katrina mandate. Added at the state’s request, the amendment could save the state nearly $100 million in FEMA reimbursements.