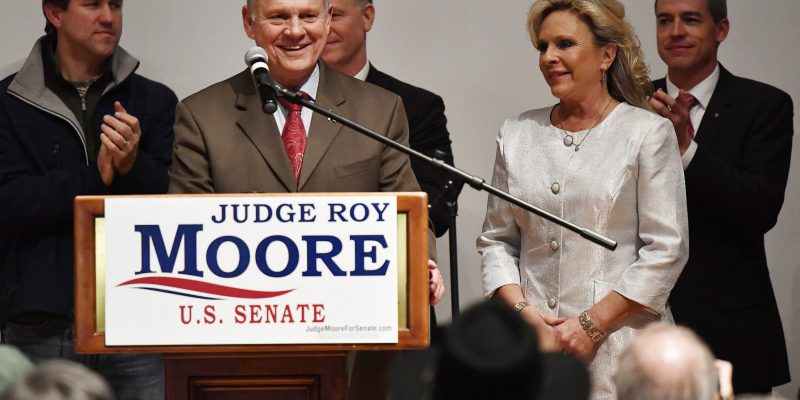 Republican Roy Moore filed a complaint in state court to stop Democrat Doug Jones from being officially certified as the winner of the Dec. 12th  special election.

In the complaint filed in state court, Moore argues that Alabama “will suffer irreparable harm if the election results are certified without preserving and investigating all the evidence of potential fraud.”

This comes after Secretary of State John Merrill launched an investigation into alleged voter fraud. But Merrill told The Associated Press on Wednesday that, “he has no intention of delaying the canvassing board meeting.”

Moore said in a statement: “This is not a Republican or Democrat issue as election integrity should matter to everyone.” His attorney wrote in the complaint that Moore believed there were “irregularities during the election” and emphasized that because of these irregularities there should be a fraud investigation– and a new election.

Despite Moore’s efforts, Merrill said, “It is not going to delay certification and Doug Jones will be certified (Thursday) at 1 p.m. and he will be sworn in by Vice President Pence on the third of January.”

Merrill added that he hasn’t found any evidence of voter fraud yet but that his office will investigate Moore’s complaints. According to the Associated Press, “Moore has not conceded the race to Jones and has sent several fundraising emails to supporters asking for donations to investigate claims of voter fraud.”

Moore’s lawyers filed the complaint at 10:33 p.m. Wednesday night and announced it to reporters less than two hours later. At 1 p.m. Thursday, Alabama’s election officials — all Republicans — are scheduled to certify the election.

Despite Moore’s efforts, it’s likely Jones will be sworn into office in January 2018.