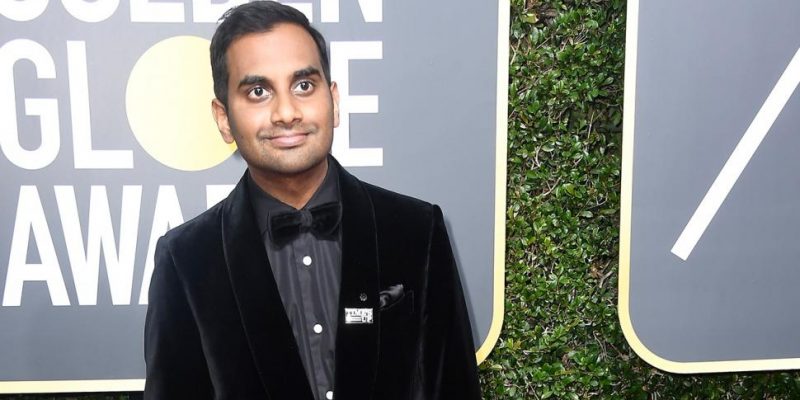 We may have reached a high-water mark in to so-called “#metoo” movement against sexual misconduct in the entertainment industry.  Last week, an anonymous accusation surfaced against prominent comedian Aziz Ansari regarding a date he had with a young woman (pseudonym: “Grace”) that began with dinner and ended with sexual activity at Ansari’s apartment.  “Grace” claims that Ansari ignored her mostly non-verbal clues that she did not want to get physical, and that ultimately she felt wronged by his behavior.

Grace’s story is frankly difficult to read.  The one-sided account is something that should have remained private, like dirty linens being aired, as we’re all exposed to a description of one man’s clumsy seduction techniques.  Ansari embodies an unattractive combination of insistent, presumptive, and inept, while Grace comes off as confused and inconsistent, sending mixed signals while ultimately generally acquiescing to Ansari’s advances.

Ansari’s anonymous accuser, even by her own account, doesn’t seem to be a victim, and her subsequent self-righteousness seems unwarranted.  Neither party comes off well, though, and we’re all left feeling dirty about having become privy to a this awkward sexual encounter.

However, one good thing has come of this, namely that many pundits are coming to Ansari’s defense.  In the New York Times, Bari Weiss says that Ansari’s only crime was being obnoxious and failing to read Grace’s mind:

Isn’t it heartbreaking and depressing that men — especially ones who present themselves publicly as feminists — so often act this way in private? Shouldn’t we try to change our broken sexual culture? And isn’t it enraging that women are socialized to be docile and accommodating and to put men’s desires before their own? Yes. Yes. Yes.

But the solution to these problems does not begin with women torching men for failing to understand their “nonverbal cues.” It is for women to be more verbal. It’s to say: “This is what turns me on.” It’s to say “I don’t want to do that.” And, yes, sometimes it means saying piss off.

The single most distressing thing to me about Grace’s story is that the only person with any agency in the story seems to be Aziz Ansari. Grace is merely acted upon.

There is a useful term for what Grace experienced on her night with Mr. Ansari. It’s called “bad sex.” It sucks.

Another piece by Caitlan Flanagan ran in the Atlantic, which focused on the witch hunt aspect of Ansari’s public humiliation:

Twenty-four hours ago—this is the speed at which we are now operating—Aziz Ansari was a man whom many people admired and whose work, although very well paid, also performed a social good. He was the first exposure many young Americans had to a Muslim man who was aspirational, funny, immersed in the same culture that they are. Now he has been—in a professional sense—assassinated, on the basis of one woman’s anonymous account. Many of the college-educated white women who so vocally support this movement are entirely on her side. The feminist writer and speaker Jessica Valenti tweeted, “A lot of men will read that post about Aziz Ansari and see an everyday, reasonable sexual interaction. But part of what women are saying right now is that what the culture considers ‘normal’ sexual encounters are not working for us, and oftentimes harmful.”

I thought it would take a little longer for the hit squad of privileged young white women to open fire on brown-skinned men. I had assumed that on the basis of intersectionality and all that, they’d stay laser focused on college-educated white men for another few months. But we’re at warp speed now, and the revolution—in many ways so good and so important—is starting to sweep up all sorts of people into its conflagration: the monstrous, the cruel, and the simply unlucky. Apparently there is a whole country full of young women who don’t know how to call a cab, and who have spent a lot of time picking out pretty outfits for dates they hoped would be nights to remember. They’re angry and temporarily powerful, and last night they destroyed a man who didn’t deserve it.

Finally, a piece by Damon Winkler in The Week summarizes the reaction to the fracas and comes down on Grace for passive-aggressively bringing the issue to the national stage:

The impression one gets from reading that sorry account is that Grace is incredibly passive. Ansari dictates when they leave the restaurant and return to his apartment. Through several rounds of sexual interaction, he’s the one who initiates. She stops him multiple times, and indicates that she’d like to take it slower, but until the final conflagration, she never really explains what she wants or expects, or firmly tells him the date is over, or makes clear that she will not continue fooling around with him. On the contrary, she repeatedly relents to his cloddish and smarmy advances. Until she leaves and sends him the angry text the following day. And then speaks to a reporter at Babe.net, which published the whole account for all the world to read.

The psychological term for such behavior is passive-aggression. One of its sources is an inability to communicate emotions, which leads to lashing out in hostility.

If #MeToo is a political movement to ensure that women are treated with respect and protected from the predatory behavior of men, then the way to go is the sharing of stories and careful reporting — in short, the publicizing of that behavior. But if #MeToo is a moral crusade to rid the world of creeps, it needs to take a different and decidedly longer-term approach and focus on changing attitudes one person at a time — men as well as women. Both need to express their wants, needs, and expectations; both need to speak and know they’ve been heard.

The way to accomplish that is by talking, and listening, and forthrightly standing ground — not by going along passively with a bad experience while it’s happening and then launching a vindictive attack on the most public stage imaginable.

My personal opinion is that this is a positive development. The #metoo movement has needed a wake-up call for some time now due to its inability to segregate criminal sexual behavior and clear instances of workplace harassment from the mundane awkwardness of 21st century sex and courtship.  Even if Ansari was boorish, and the story of his encounter with Grace may teach us something about gender dynamics in a changing society, it doesn’t merit casting him with some sort of scarlet letter.

The stakes are simply too high. Lists have been created. Accusers often provide vague descriptions and stay comfortably anonymous. Careers have been damaged, if not ruined, based on little information and the barest wisp of claimed misconduct.

We’ve seen nascent talk about the #metoo movement being ill-defined or even overreaching, but with anonymous accusation against Ansari, we’re seeing sustained introspection for the first time.  It may well be that Joseph Welch moment where we begin asking, at long last, whether we have done enough — whether there is any sense of decency left here.  Because if Ansari’s admittedly pushy seduction of a reluctant young woman is a matter of public concern to be flogged endlessly in the media, decency is plainly lacking.

Interested in more national news? We've got you covered! See More National News
Previous Article I Only Got One Boudreaux & Thibodeaux Joke For Y’all…
Next Article Guess it’s FREEZING in Texas because of Global Warming?