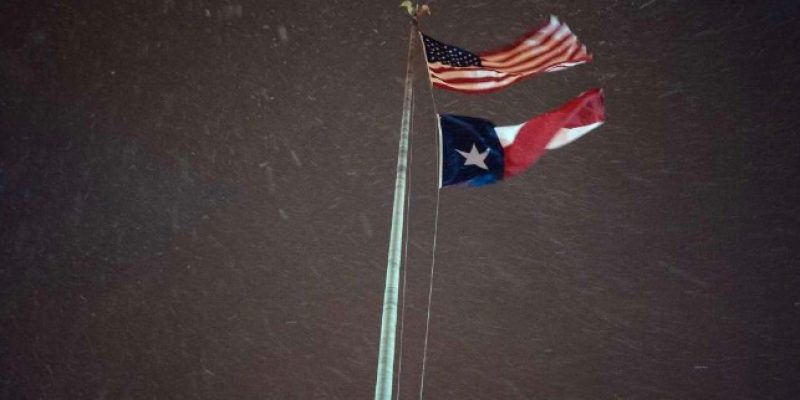 It’s a Winter Wonderland (or winter storm) in Texas– which is out of the ordinary for this time of year. Could it be because of “global warming” or “climate change”?

Apparently not. Some three inches of snow have hit certain parts of Texas. There’s ice and snow in North Texas and ice is shutting down East Texas. Hundreds of flights have been canceled and most schools were closed because of “Winter Storm Inga.”

The National Weather Service issued a winter storm warning for Austin, San Antonio and Houston areas, and sections of East Texas, and warned mariners of gale-force winds along the Texas coast. Forecasters predict the cold weather should get warmer by late Wednesday.

The State of Texas has issued several travel warnings:

According to the Weather Channel’s latest forecast, the storm has already dumped 9 inches of snow, rain, and sleet in western Kentucky, and roughly 6 inches of snow in Arkansas. Snowy road conditions are reported in Memphis and Nashville.

But according to Al Gore, the polar ice caps were supposed to have melted by now. What happened?