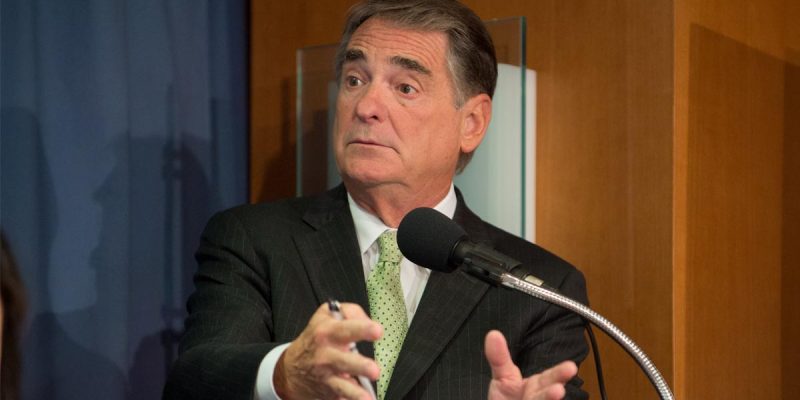 It’s less than three weeks in since the recently-passed tax reform bill went into effect, but there are already indications it’s going to be a major positive change for the nation’s economy. We’re not talking about the fact that stocks are trading at very robust prices (at present the Dow Jones index tops 26,000), but it’s certainly worth mentioning that yesterday Apple announced they’re repatriating some $350 billion in overseas capital, thus injecting some $38 billion into the U.S. Treasury in repatriation tax, and creating a new campus somewhere in America where 20,000 people will be working.

And then there’s the new poll by Survey Monkey which indicates that public support for the tax reform bill has gone from 37 percent before its passage to 46 percent today without most people really even seeing an effect from it. When the new tax rates start to be reflected in quarterly tax filings for lots of small businesses, and those businesses begin seeking to expand as a result, that approval will only increase – and likely significantly.

Still, the media coverage of the bill was almost universally negative by the legacy media – the same one which can’t shut up about the president’s health despite the White House doctor announcing that he’s fine – and that coverage had the effect of depressing support for the bill.

But former Louisiana congressman and high-powered DC lobbyist Billy Tauzin earlier today sent out a message via Facebook which is well worth sharing, because it might be the most articulate explanation for what the bill does and the effect it’s likely to have that we’ve seen. We thought we’d bring it to your attention…

In all my years in elective legislative office, both in Louisiana and in the US Congress, i never saw a tax cut proposal about which some members didn’t always find excuses to oppose. But in case you’ve already bought into their unfounded complaints about the latest one, may I please tell you why I think it is one of the best I’ve ever seen.

Second: the tax reform bill has greatly reduced the tax burden on small business, which creates the largest number of jobs in America, and that makes it an authentic job creation bill.

Third, by reducing the corporate tax bite to 21%, the bill finally makes American manufacturing competitive with the rest of the “trading world.” Our stubborn trade deficit has not been the only problem this seeks to help cure. Our previous “highest corporate tax rate in the world” has hastened the departure of American manufacturing to foreign locations, and has made our American companies cheap targets for foreign acquisition. Both problems have cost us dearly in jobs and in economic growth. The new lower rate will begin to reverse those ruinous trends.

But “wait,” you say. “Isn’t that lower rate just a great gift to wealthy corporations and their wealthy owners.” Please allow me to disabuse you of this class warfare argument of the left.

Corporations are not tax payers. They are tax collectors. Corporate taxes are part of Corporate expenses. They pass on those taxes to their customers as part of the purchase price of their goods and services. In fact the Harvard School of Economics estimated that the average price of American made products and services ARE 25% HIGHER because of passed-through corporate taxes. That’s why we end up buying so many products made in China, Japan and Mexico, rather than here in the good old USA. This new reduced corporate rate will help to begin changing that.

Finally, the new tax bill finally allows US companies who earn income overseas and who paid their taxes there, to begin bringing those earnings back home to invest here in America, rather than overseas, as they have been doing.

Apple today announced their plans to repatriate $billions back to America as a direct result of the new bill.

So please don’t be moved by Nancy Pelosi’s ridiculous assertion that the bill only provided “crumbs” to us Americans.

She and her cohorts have always resisted allowing Americans to keep more of their hard-earned income, preferring that we send even more to Washington so that Washington rather than Americans might decide how best to spend it.

And btw, guess who mostly owns those American for-profit corporations, the ones that the left hates so much. Answer: American stockholders, individually and through our pension funds invested in the stock markets, currently booming.

“Crumbs?” Common Nancy, put away your partisan hats for a moment and remember……..we may all be members of different parties, but we are all Americans, first and foremost. This tax reform bill is a great “Put America First” product. I would have gone even further…..but thats just me.