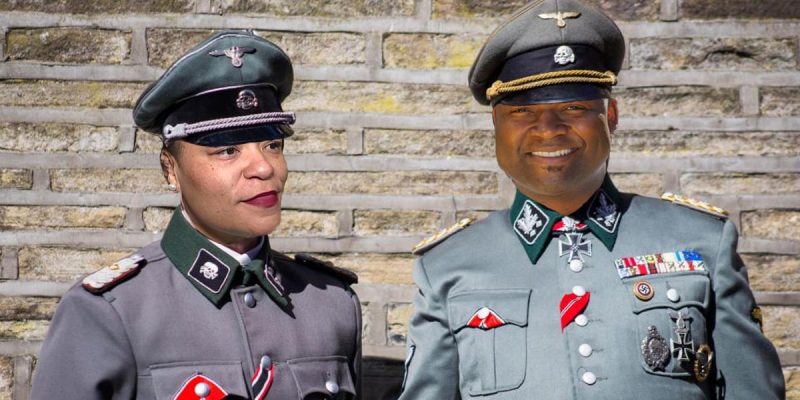 It’s hard to come to any other conclusion given the news yesterday afternoon that Williams is now calling for a reconsideration of last week’s 5-0 New Orleans City Council vote in favor of signing the Big Easy up to the anti-Israel, pro-Hamas BDS movement.

The council’s action drew swift criticism from the local Jewish community and others, including Mayor Mitch Landrieu.

The Jewish Federation of Greater New Orleans and the Anti-Defamation League asked the council to revisit its 5-0 vote for the resolution, which they see as a potential show of support for a highly contentious movement to “boycott, divest and sanction” Israel.

The resolution did not mention that movement, but a press release about the council’s action, sent to media outlets on Friday by a public relations firm that represents the council, did refer to it prominently.

While Williams, Councilwoman and Mayor-elect LaToya Cantrell and others issued a statement Friday defending their actions, Williams on Wednesday called for reconsideration of the issue, saying that he was not aware of the boycott movement or its mission when the council voted.

He said it was a mistake for the council to introduce and vote on the unadvertised measure at the end of a nearly six-hour meeting, as doing so did not give people enough time to voice their opinions.

That this would ever have reached a vote at the New Orleans City Council, which has a list of pressing items as long as that of any municipality in the country, was in itself an indictment of its rotten leadership. That it wasn’t voted down was more like a conviction, and that it was passed unanimously was more or less a denial of the appeal.

Williams and Cantrell were all aboard for the stupid BDS vote. Now that Jewish groups across the city have raised hell and New Orleans’ City Council has put the city in position to suffer backlash for having taken the position they did, he’s getting scared. This will hurt tourism and, if you believe the wild theories of kooks (mostly of the same party as the unanimously-Democrat New Orleans City Council) who think it’s Jewish bankers who control Wall Street, it will negatively affect New Orleans’ ability to borrow money.

Exactly what benefit to New Orleans comes from lining up with Hamas against Israel? There is zero foreign policy responsibility inherent in membership in the New Orleans City Council. But you can sure create an incident with a stupid vote, which Williams and his idiot pals did.

“Let me be very clear to citizens of New Orleans and citizens of the world — this City Council is not anti-Israel,” Williams said. “That sentiment is inconsistent with the council’s actions and certainly mine personally.”

What nonsense. The resolution Williams shepherded to passage specifically calls for alignment with the BDS movement, one of the fundamental goals of which is to force Israel to give the “right of return” to all Palestinians into Israeli territory. Coupled with a granting of full democratic rights to Palestinians, this amounts to demanding that the Israelis become a minority in their own country among a mass of people dedicated to removing them from the planet.

We all know how that worked out in Germany in the 1930’s and 1940’s. That’s why there’s an Israel in the first place – in case Williams wasn’t aware.

If he thinks he could sign on to this stupid resolution without it being seen as an anti-Israel move, Williams is a verifiable idiot. We’re not sure if that’s a proper description of him or if he’s just a spineless liar of a politician seeking to placate the Hard Left lunatics who seem to have seized political control of the Big Easy.

Either way, we can call this exceptionally poor performance by the president of the City Council, within the same 24 hour news cycle of New Orleans’ Sewerage and Water Board once again admitting it can’t keep the city’s water supply safe for drinking. Maybe Williams and his colleagues ought to focus their meager capabilities on the highest-priority items and stop trying to make international PR messes for the city.