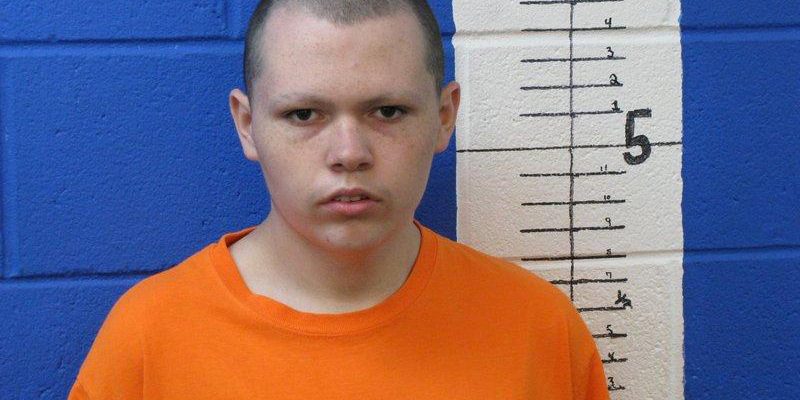 Mississippi is experiencing a tragedy of Biblical proportion in its complete and utter failure to treat the mentall ill. Unfortunately, hundreds of legally innocent people are held in Mississippi county jails for years while they wait for a state-appointed doctor to provide them with a state mandated mental evaluation. Tyler Haire, a 16-year-old who has suffered from mental illness for nearly his entire life, is one such person.

The law requires that those accused of a crime be evaluated to determine their sanity. It must be clear to the court that the accused is a) competent to stand trial and b) was sane at the time of allegedly committing the crime. Usually, a mental evaluation is performed by a doctor appointed by the state, but the crisis in Mississippi is so horrific that it takes years to receive a mental evaluation. In the meantime, the accused waits in a county jail where the sheriffs, county jails and court systems are not equipped to deal with the mentally ill.

Tyler’s story was told in detail by an incredibly well-documented report by ProPublica. The BBC also produced a documentary about his and his family’s experience.

Here is a quick overview of Tyler’s case according to ProPublica and other news reports.

Tyler Haire was arrested in Vardaman, Mississippi, right before Thanksgiving in 2012 for stabbing his father’s girlfriend in the back with a 10-inch butcher knife. Tyler was 16-year-old at the time and called 911 after the incident. When the police arrived Tyler was found sitting on a tree stump outside of his father’s house and said that he couldn’t remember anything. Tyler was arrested and taken to a local county jail 12 miles away.

Five months later, now 17, a grand jury indicted Tyler for aggravated assault. When his case went before a judge, Tyler’s mental health issues became obvious and the judge ordered a mental evaluation before he was sentenced. ProPublica writes:

During his childhood, Tyler had been found to be suffering from seven different mental disorders, the first diagnosis coming when he was just four years old; he had threatened to bomb his school; he had chased his two siblings with a knife trying to stab them; his family suspected that he’d strangled a cat to death with his bare hands; he’d been hospitalized on several occasions and later placed in a home for troubled boys.

The local prosecutor joined the defense lawyer’s request for an evaluation, and Judge John A. Gregory immediately signed an order to have Tyler assessed at the state hospital in Whitfield to determine if Tyler had a factual and rational understanding of the legal proceeding against him, as well as whether, at the time of the non-fatal assault, he knew the “difference between right and wrong.”

“It is therefore ordered and adjudged,” Gregory wrote on April 23, 2013, “that the defendant Tyler Douglas Haire be given a mental evaluation at the earliest possible date.”

But nothing speedy occurred. The earliest possible date wasn’t for another 3.5 years. Tyler spent 1,266 days in the Calhoun County jail before he received a mental evaluation. During that time Tyler was never examined by a psychiatrist– and he endured without receiving any of the medication he had previously taken as a boy.

The sheriff and his deputies were kind to him. They took turns donating $25 every week into Tyler’s commissary account. Tyler celebrated his 18th, 19th and 20th birthdays in jail, without medical attention. ProPublica notes that the sheriff, Greg Pollan, “served as the young man’s only vigilant advocate.”

Tyler is not alone.

According to a review of state records, ProPublica reports:

The state’s lack of mental health options has meant that when a judge deems a person a danger to themselves or others, they are often sent to wait in the local jail until a bed opens up at a hospital.

Mississippi law requires that a criminal defendant be brought to trial within 270 days of arraignment unless a “good cause” excuse is shown. Over and over again, judges accepted forensic evaluation delays as a “good cause” for not meeting the 270-day requirement.

Roughly four years to the date of the assault on his father’s girlfriend, an official state medical report was filed deeming Tyler to be mentally competent to stand trial. After reading the accounts of people who knew Tyler, however, it becomes quite clear that Tyler is anything but competent.

Tyler’s state-appointed attorney appeared to be as incompetent as Tyler. The jail guards who had watched over Tyler for nearly four years were shocked by the ruling.

Eventually, Tyler pled guilty to a plea deal and was sentenced to several years in jail minus the time he served in the county jail. He is currently being held in the Jefferson-Franklin County Correctional Facility and is supposed to be released from prison later this year. To date, Tyler hasn’t received medical treatment since his incarceration.

Unfortunately, the status quo in Mississippi has not improved since Tyler was first incarcerated in 2012. The Judge’s and many others’ questions remain unanswered by an inept and wholly inadequate system.