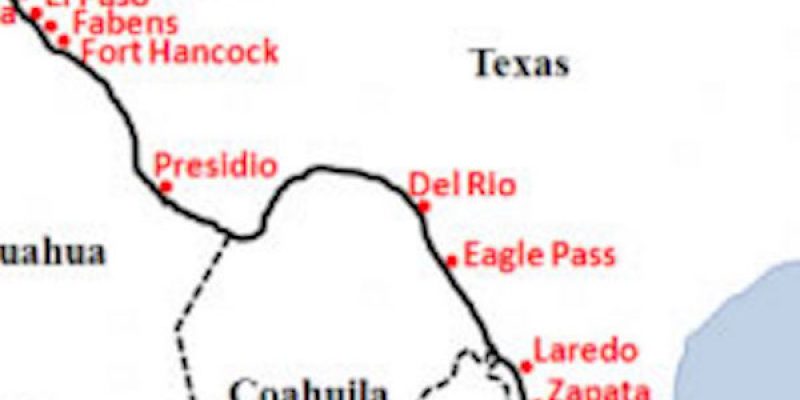 Texas border towns are perhaps one of the most poorest regions in America. Most are unincorporated with little-to-no-tax revenue and have no running water or electricity, and haven’t for decades. Still, roughly 500,000 people have lived in these towns since they bought small parcels of land in the 1970s.

Small border towns with unusual names like Betty Acres, Mike’s and Radar Base, sprouted up after real estate developers divided ranch land and sold small parcels of land at low prices. Some of the towns have been improved, some haven’t. Most of the people who bought the land in the 1970s for about $5,000 were low-income immigrants and Mexican Americans whose families today still have to drive miles to collect water and rely on generators for electricity.

The Federal Reserve Bank of Dallas refers to these towns in their Spanish name, colonias, and reports that they are perhaps one of the poorest regions in the United States. Texas law enacted in 1989 prohibited any new border towns from being created or any existing towns from expanding.

Running water, paved roads, electricity, and other modern technological advances simply don’t exist on either side of the border that separates Texas from Mexico.

About 330 colonias — and nearly 38,000 people — are stuck in the most extreme conditions, without clean running water, sewers, or even clear boundaries needed to develop the land, according to the state. Another 115,000 people live in enclaves without paved roads, drainage or solid-waste disposal.

Webb County has applied for state grants to finance installing a water pump and creating a park.

Residents of La Presa buy bottled water to drink. For everything else they drive to Laredo to pump water to use for washing their clothes, to use in their sinks, toilets, bathtubs, cleaning and washing.

In addition to the terrible living conditions an even bigger problem is that there is little proof of who owns what land. The Post reports:

The rightful homeowners in colonias are often unclear because many paid for their land in cash and did not have the land formally mapped out and deeded with the county government. Others illegally carved up existing plots and sold them. And in other cases, the owners died without having a will that would indicate who owns the property.

If unincorporated towns have no tax revenue, and questions exist over land ownership. It’s difficult to determine the purpose of the state and federal government investment, especially if improving living conditions is more expensive than the land is worth. Landowners have the right to sell the land or keep it and move. Hundreds of millions of dollars over the years have been invested in some border towns. But, most of the barren land is neither irrigated nor maintained to sustain crops or livestock and its residents are unprepared to run farming or ranching operations, let alone capital to do so.

One poignant question is how, if at all, will a border wall help residents of border towns?

Could a border wall bring job creation? Could construction in the area lead to the development of electricity and facilities for running water? Perhaps, but it sounds like legal questions of land ownership may prevent any government agencies from investing in communities that generate little-to-no revenue.

Texas shares the longest border with Mexico totaling 1,241 miles. Its border is longer than the combined borders of three other states that border Mexico (California, Arizona, and New Mexico). The Texas border excludes 367 miles of coastline. 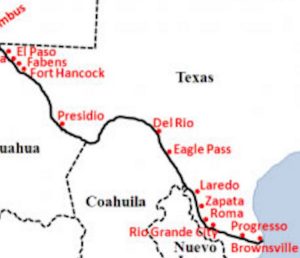