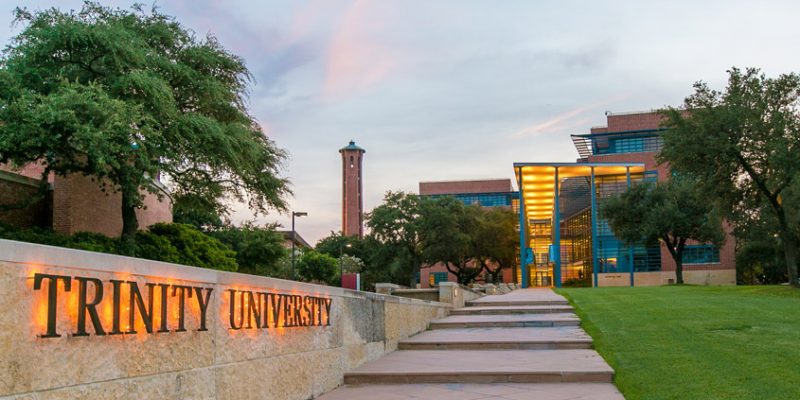 Late last month, a gaggle of San Antonio university officials and faculty came out against the bedrock American principle of freedom of speech.  More to the point, they issued a statement erroneously proclaiming that “hate speech” is not protected speech under the First Amendment:

Hate Speech Is Not Free Speech

American colleges and universities have always embraced diverse points of view, leading to a multitude of new discoveries and cultural understanding. Higher education is a phenomenal place for minds to be challenged, to inquire, explore, discover and question the status quo.

As members of the Higher Education Council of San Antonio (HECSA), we – the presidents of colleges and universities throughout this community and supporters – feel that it is important for us to speak out and make a distinction between diversity of thought and disingenuous misrepresentation of free speech. We further attest that hate speech has no place at our colleges and universities. Inappropriate messages, banners and flyers that are meant to provoke, spread hate, or create animosity and hostility, are not welcome or accepted.

Teaching, research, and critical thinking are the founding pillars of higher education. Each and every day, we witness incredible learning opportunities for our students, faculty, staff and community members.

San Antonio’s colleges and universities are stronger and more diverse than ever before. During the upcoming tricentennial, there are many events, activities and symposiums being planned at our colleges to honor the city’s multicultural heritage, as well as current and future residents. San Antonio colleges and universities have played an enormous part in the city’s history. We are proud to have been a part of this great accomplishment and will further ensure that it continues to be our focus in the next 300 years.

Please join us in celebrating the power of higher education in the lives of San Antonio residents!

The signatories to this statement included the presidents and chancellors of many San Antonio colleges and universities, including that of Dr. Danny Anderson, President of Trinity University — where I spent three semesters during my undergraduate years.  Words cannot describe my disappointment that a university I attended was associated with this travesty.

Rather than explain myself why there is no exception for “hate speech” to the First Amendment, and why fidelity to traditional notions of freedom of speech require tolerance of odious ideas, I’ll defer to the astute analysis of Professor Eugene Volokh of UCLA Law, who framed the issue quite ably in his response to the foregoing statement:

[T]here is no hate speech exception to the Free Speech Clause, as the Supreme Court unanimously reaffirmed this year in the Slants case. Private universities aren’t legally bound by this (except in California, where a state law applies Free Speech Clause rules to them); but public universities, such as Texas A&M and UT, certainly are. And while universities aren’t barred from condemning speech they disapprove of, this statement — especially if read by students who aren’t up on First Amendment law — strikes me as suggesting that the universities will actually punish such speech (since it’s not “free speech,” and since it’s not “accepted”). Yet such punishment of “[un]welcome” viewpoints would be unconstitutional.

Of course, in common with most such statements, this one doesn’t even try to define “hate speech,” and the words it uses to describe the concept help show how perilously broad and vague it can be. “Inappropriate messages” are apparently not “accepted if they “are meant to provoke.” Creating hostility is also forbidden; presumably they don’t include all hostility (hostility to President Trump? hostility to alleged racists?), but mean hostility based on race, religion, national origin, sex, sexual orientation, and so on — but that would still cover, say, harsh condemnations of various religious views (Muslim, evangelical Christian, Scientologist, etc.), expression of traditional religious views about homosexuality, and much more (perhaps opposition to “multicutural[ism]”?). “Diversity of thought” they seem to value, but diversity of thought on these subjects appears to be too much (at least if it’s “[i]nappropriate” and “meant to provoke”).

And what exactly does “disingenuous misrepresentation of free speech” mean here?

Quite right.  Free speech tolerates very few content-based restrictions, particularly (as here) categorical exclusions.  I certainly don’t appreciate hate speech, and I understand that the San Antonio collegiate community was responding to recent fliers posted by a white supremacist group. However, the First Amendment should be respected in higher education.

Nobody wants hateful posters on their campus, but at the same time, if your institutional mission demands that you respect the First Amendment, you can’t legitimately bar unpopular speech, no matter how odious.  It’s shameful that university officials cannot be expected to respect that.

Interested in more news from Texas? We've got you covered! See More Texas News
Previous Article On Trump, DACA And The Business Of S***holes…
Next Article CROUERE: Maybe The Secret Service Ought To Pay Terry McAuliffe A Visit