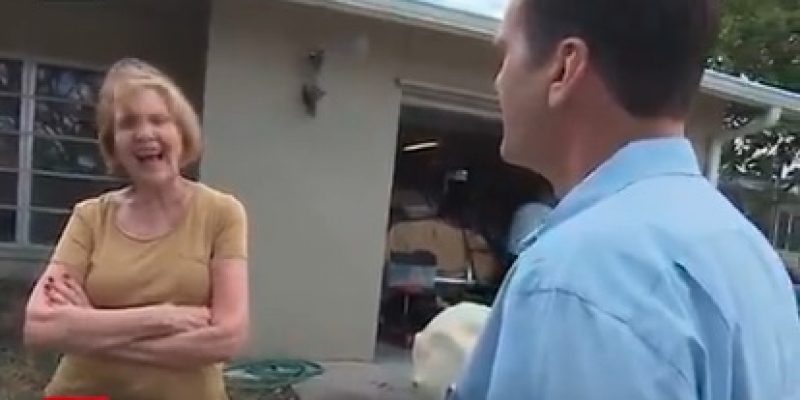 Why is CNN bullying a Floridian woman instead of actually reporting on the real evidence-based collusion between Russia and the Clintons? Or, at least they could interview Michael Moore— who did attend a Russian-sponsored event. He’s fair game as a public person, and he’s made enough negative comments about Trump to be questioned.

Granted, she doesn’t sound very intelligent, but then again, neither does CNN.

A Florida woman who ran a Trump supporters page that unwittingly promoted a Russian-coordinated event on Facebook says she doesn’t believe that she was influenced by Kremlin-linked trolls https://t.co/DmgDRFRwyn pic.twitter.com/OAz5julCyA

Someone actually suggested that:

I bet it would be easier to find this guy and interview him.https://t.co/6spWRcbG9p

But THE BEST commentary was provided by a Egyptian television host:

Allah appears to have the last laugh. Even though treason, and Clinton collusion, is no laughing matter.