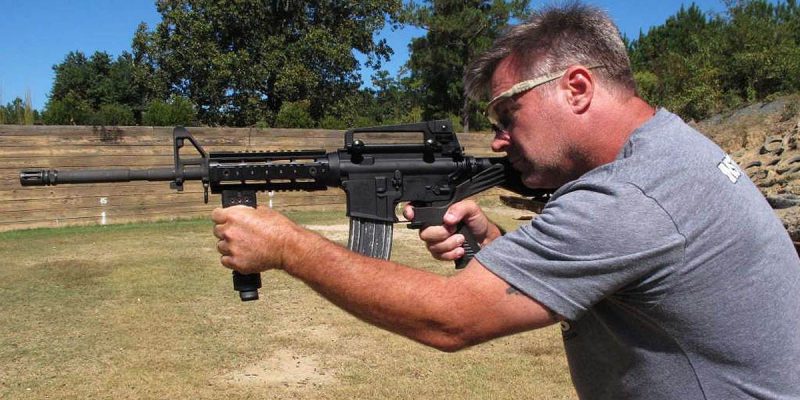 First, for CNN and the other legacy media organs to conscript and induce children across the country and particularly in the Ft. Lauderdale area as Useful Idiots to push gun control is totally beneath contempt. A week ago CNN was touting a couple of busybody state legislators in New York who were filing bills to force the makers of Tide to change the packaging of their product because kids were eating Tide Pods out of some stupid social media challenge, and now CNN demands that we as a nation take public policy advice from teenagers. It’s bizarre on the order of offensive that this is where we are.

Second, the attacks on the NRA show where we are as a culture, and where the failure of public education has taken us.

How many Americans own guns? Something on the order of 100 million. The NRA has some five million members. None of those five million was responsible for Parkland, or Sutherland Springs or even Las Vegas. In fact, that we know of there hasn’t been an NRA member guilty of a mass shooting. So why is it we have to be subjected to idiotic screaming about how the NRA is murderous and has blood on its hands? Where is the logic in that?

The lack of logic inherent on the side of the gun-grabbers is, frankly, amazing.

Is a gun the only way to hurt someone? Many, many more people are stabbed to death each year than killed with rifles – even scary-looking ones like the AR-15. Take away the guns and a strong man with a long knife will be able to kill at his leisure, just like back in the good old days of the Dark Ages. Or perhaps we’ll see more lunatics trying to run people over with cars. Or throwing acid in people’s faces, like is now common in the gun-controlled UK. Or there will be bombs. Do you think it’s hard to make a bomb? It isn’t. People with no more intelligence than Nikolas Cruz or Devin Patrick Kelley can watch a YouTube video and learn how to put one together, and if someone like that sets off such a device in the right place at the right time you could have a lot bigger body count.

In fact, one thing the gun-grabbers have to admit is these mass shootings ALWAYS stop when the shooter is confronted with someone who has a gun. Every one of them stops then, and the shooter either surrenders, runs away or turns his gun on himself.

So if you’re going to stop school shootings the non-ideological answer is to make schools much harder targets. The schools need more protection from terrorists or lunatics wishing to turn them into shooting galleries.

You don’t have to arm teachers to do that, though arming teachers who qualify for it isn’t the terrible idea the Left makes it out to be. There are lots of teachers who served in the military, and there are lots of them who have law enforcement backgrounds. There are lots more who hunt, or have concealed carry permits. The fact is you don’t need every teacher to be armed; a half-dozen security people, resource officers or armed teachers, custodians or administrators can protect even the largest school from a mass shooter if they know what they’re doing. Remember, the shooter isn’t looking for a gunfight; he’s looking for a massacre. Even if he gets the drop on the defenders of the school he’s not going to have enough time to kill and wound kids at his leisure.

And Stephen Willeford ended the Sutherland Springs church massacre with an AR-15.

The national debate in a sane country would be about how each school can make itself a harder target – whether that means hiring security personnel, training its current employees to provide security or whatever. Why the response to a madman who happens to use a gun as his tool to kill those he hates has to be an attack on the law-abiding and responsible people in society who are also interested in possessing the same tool is a mystery to me. Unless the real issue is an attack on our rights rather than to solve a problem.

Because otherwise, you can’t really explain why people who say the War On Drugs has been a failure and should be surrendered are out trying to make an item in common use like an AR-15, the most popular long gun platform on the market, illegal.

Anyone screaming for gun control who doesn’t have answers for how to make a school a harder target for criminals and terrorists to exploit is not a serious, good faith partner in discourse. And you have permission to respond in kind when they accuse you, as a 2nd Amendment proponent, of “not caring about the children.”