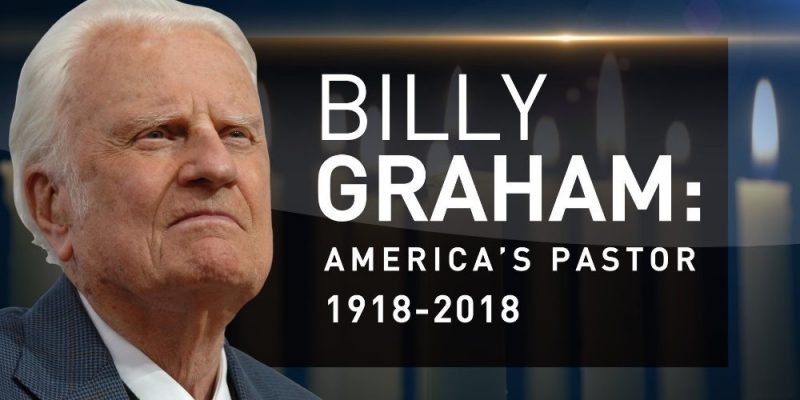 In recognition of Rev. Graham’s long and distinguished service to the nation, it is our intention to ask the House of Representatives and the Senate to permit that his remains lie in honor in the Rotunda of the Capitol.

Members of Congress and the public are invited to pay their respects to the man many call, “America’s Pastor.”

Rev. Graham died in his sleep at his North Carolina home on February 21. He was 99.

His body will lie in repose at the Billy Graham Library in Charlotte on February 26 and 27. It will then lie in Capitol in Washington, D.C. on February 28 and March 1.

The state of North Carolina will honor Billy Graham by providing a statue in his honor to be displayed in the U.S. Capitol. The governor authorized the construction of the statues in 2015 and that they would be erected posthumously.

His family will hold a private funeral and interment on Friday, March 2, in a tent in front of the Billy Graham Library. The tent represents the “canvas cathedrals” that Graham used to hold his first crusades. Roughly 2,300 people are expected to attend by invitation. His son, Franklin Graham, and First Baptist Spartanburg pastor Don Wilton will give remarks at the ceremony.

Graham will be buried next to his wife, Ruth, in the property’s prayer garden. Their caskets were made by inmates at the Louisiana State Penitentiary at Angola. The Grahams funded two chapels at the penitentiary.

His grave marker will read:

PREACHER OF THE GOSPEL OF THE LORD JESUS CHRIST.
JOHN 14:6

The Billy Graham Library and the Prayer Garden are closed to the public until further notice.