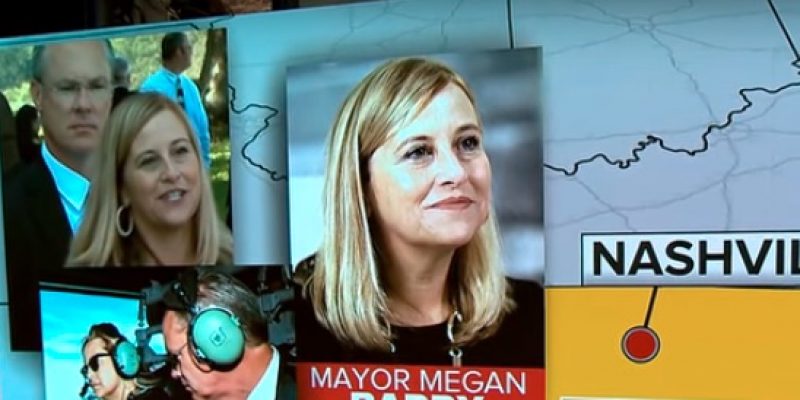 The Tennessee Bureau of Investigation (TBI) is investigating Nashville Mayor Megan Barry after it received nude photos taken on a mobile device that was used by her former bodyguard and lover, Sgt. Rob Forrest.

Part of the investigation has revealed that Barry used $33,000 to finance her sexual escapades with her body guard on trips to Paris, Athens, Washington, D.C., New York City, Denver, Oakland, Salt Lake City, and Kansas City. Forrest earned $50,000 in overtime pay for accompanying her.

Barry issued a public statement apologizing for the affair but has no intention of resigning. She’s even asking taxpayers for more money to finance a $5.4 billion transit infrastructure plan.

The Tennessean reported that the Chair of the Metro Budget and Finance Committee, Tanaka Vercher, is looking into how to Barry could be criminally charged for the misuse and theft of taxpayer money.

I LOVE YOU TOO: Tragedy Creates Victories that Transcend the Football Field

"My colleagues can’t have it both ways. Calling for some, while blocking others. If we are going to give a platform to witnesses the Dems demand, I look forward to forcing votes to call Hunter Biden and many more!" - Sen. Rand Paul, on the debate over which witnesses will be called in the Senate's impeachment trial.
More Quotes