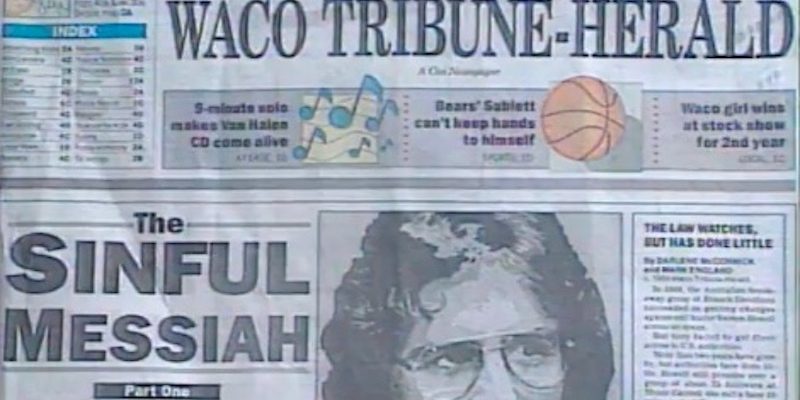 Twenty-five years ago today, one of the most notorious events in Texas history began: the 51-day siege of the Branch Davidian Compound in Waco, Texas. On the last day of February, which was a Sunday in 1993, federal agents attempted to serve warrants at the Mount Carmel Center near Waco. Instead, gunfire broke out, which began a 51-day siege on the Branch Davidian Compound. 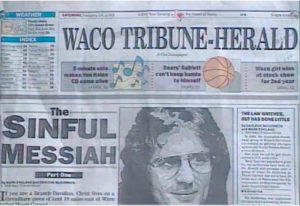 A timeline of the events can be watched here.

The Bureau of Alcohol Tobacco and Firearms (ATF) was looking David Koresh, the leader of a religious sect called the Branch Davidians, which was sexually abusing children. 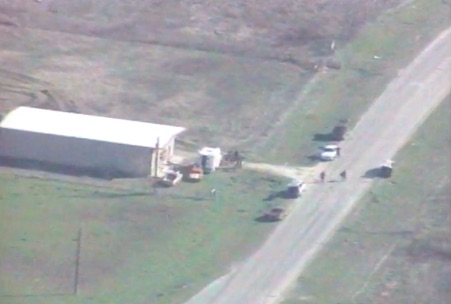 ATF agents had been surveying the compound for weeks, knowing of their stockpile of weapons. ATF Special Agent Robert Elder, who was in the lead truck during the raid, told Eyewitness News,  “My job that day was to control individuals that intelligence had shown us were going to be outside of the compound working in an area next to the main residence. I stepped out of the truck and before I go both legs out of the truck the gunfire had erupted.” 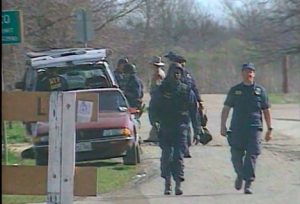 A former Branch Davidian disciple of Koresh, Clive Doyle, also told the local news, “You could tell somebody was out there shooting at us. We didn’t even know who they were. And it was like all hell broke loose. It was this huge volley of gunfire coming from in to the building from outside in the vicinity of the front door and I thought, ‘Oh my God, it’s going to be a blood bath.'”

Deputy US Marshal Parnell McNamara also witnessed the shoot out. His role was to identify and secure the people being served with warrants. He said, “Nobody ever dreamed it would end up in a brutal shootout like it did. We went up to the car that had just driven up and listened to his radio. It was really bad. People were screaming they’d been shot. They shot me again. I’m up against a building. I’m cold.”

“In addition they were throwing explosive devices at us,” said Elder. “They had homemade hand grenades.” 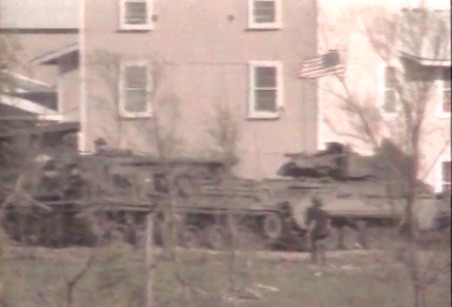 The former cult member Doyle maintains that the ATF didn’t need to arrest Koresh through a violent, ill-fated raid. He said, “All the destruction, all of the shooting, was totally unnecessary. They (the government) claimed that we shot first, that we had it all set up like an ambush for them, waiting for them to come. That’s a whole bunch of hokum.”

After the shoot out four ATF agents and six Branch Davidians were dead. More than a dozen were injured. One of the first KTRK reporters at the scene was Debbie Johnson Head. She told the local news, “It was complete chaos. I had only the information that there was shootout, there was a compound, it involved federal agents, and could we get there and see what was going on.”

The shoot out began a 51-day siege between the ATF and the Branch Davidians.

On Monday, March 1, 10 children were released from the compound.

It ended on April 19 when the remaining Davidians in the compound were told via loudspeaker that they were under arrest and were ordered to exit the compound. If they didn’t, gas would be used. Within minutes, tanks are used to break through the walls and disperse gas. 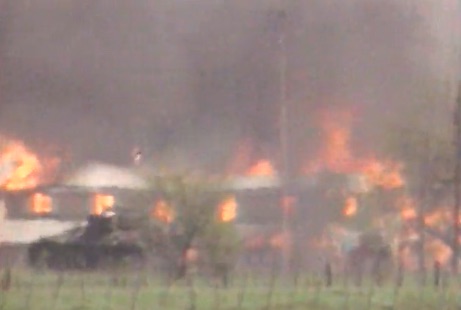 Six hours after the first breach the compound began burning. Nine Davidians fled the compound and were arrested. More than 70 Davidians died in the fire, including 17 children.

Koresh and others close to him were killed by gun shots fired at close range.

Interested in more news from Texas? We've got you covered! See More Texas News
Previous Article Nobody At The Capitol Should Ever Pay Attention To Anything The Advocate Writes, Ever Again
Next Article Gross: TN Democrat Nashville Mayor Stole Taxpayer Dollars to Finance Sexual Escapades, Nude Photos Surface [videos]