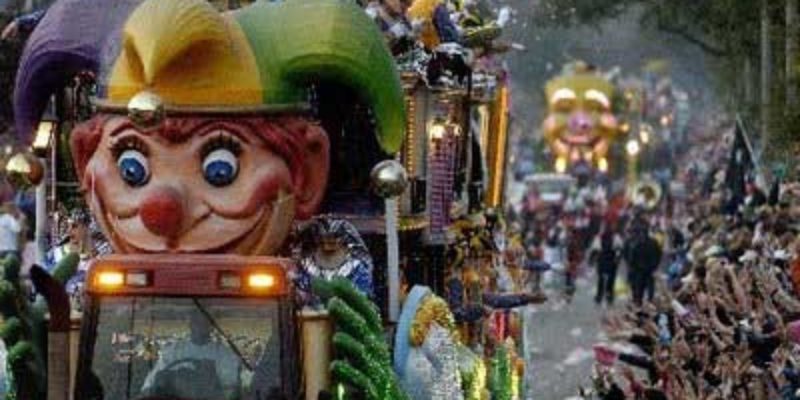 The ongoing controversy over the “Forever Lee Circle” beads, which lament the loss of the statue of Confederate General Robert E. Lee at Lee Circle in New Orleans, has continued to gain momentum.  Now, the Carnival Krewes of Muses, Orpheus, and Endymion have all either ordered or at least advised their members not to throw the beads.  As the Advocate reported yesterday:

The Krewe of Muses has taken a stand against Confederate-themed parade throws, banning its members from throwing Robert E. Lee beads — or any other items with a political message — in its upcoming parade.

The Krewe of Orpheus has also told members not to toss the Lee beads and its captain said any riders who bring them will be asked to remove them from the floats. And the Krewe of Endymion is also suggesting riders not bring the controversial throws.

According to a memo sent to the Muses’ float lieutenants, besides the throws being deemed inappropriate, the Lee-themed beads — which have garnered attention on social media — are also dangerous. The memo says the krewe is concerned people who would throw those beads could have them hurled back at them or the person throwing them could be harmed by angry paradegoers.

The beads also would be in violation of city code section 34-28(b), which defines acceptable throws:

“No Mardi Gras parade participant shall knowingly throw any doubloon, trinket or other throw which would be redeemable for or entitle the bearer to a prize or a discount on the price of any food, beverage, merchandise, service or admission to any event or which displays, conveys or communicates any commercial, political or religious message,” it reads.

The all-female parade rolls through the city Thursday.

Orpheus Captain Sonny Borey said Friday that he had told riders not to bring the controversial throws or anything that could “cause problems between participants and float riders.”

“I’m telling the riders that I think that this is the time of year where we all celebrate each other and have fun together and we should not do anything political,” Borey said.

Borey said has not faced any internal or external backlash for the announcement.

Endymion President Dan Kelly said his krewe first learned about the Lee beads in the fall and sent out an email to float lieutenants suggesting they not toss them from the floats.

“It’s a hot topic there was a lot of controversy about it when it happened, it’s over with now there’s no reason to bring it back up,” Kelly said.

The fact that these three krewes are the first to attempt to quash the Lee beads is no coincidence.  All three have their reasons for reacting this way, and none of them are good.

First, it should come as no surprise that Muses was the first out of the gate. Muses made the decision this year to designate Mayor-Elect LaToya Cantrell as its “Honorary Muse” for its 2018 parade.  Cantrell, who voted in favor of removing Lee’s statute during her tenure at District B city councilwoman, was lauded in Muses’ press release as “our inspiration and a role model for the thousands of young girls, women and families who will line our parade route.”

One presumes that, under these circumstances, Muses would not care for its riders to distribute beads that tacitly condemn a stance taken by Cantrell.  However, that’s not eschewing politics.  That is politics.

Secondly, nobody should be shocked that Orpheus, under the tutelage of Captain Sonny Borey, elected to instruct riders not to bring the Lee beads.  Since 2014, Borey has been a part of the Landrieu Administration, serving as the Special Projects and Protocol Coordinator at the Mayor’s Office of Cultural Economy.  He has a more direct incentive than Muses to ban the Lee beads — the removal of Confederate monuments was instigated by his boss.

Finally, Endymion may be merely “suggesting” that riders not throw the Lee beads, but President Dan Kelly isn’t exactly free from hypocrisy in doing so.  Kelly is the owner of Beads by the Dozen, which itself sells politically-oriented beads, including beads with medallions with the Republican elephant, Democratic donkey, Peace Sign, and even a teapot to signify the Tea Party.  It’s a bit odd to sell controversial beads while simultaneously condemning them.

Now, some people are using the city ordinance cited above by the Advocate in support of the idea that “political” beads are already illegal and thus restricting the Lee beads is simply following the law.  However, to my knowledge, the ordinance in question has never been enforced — and indeed political throws have been commonplace.  This stands to reason, because the ordinance appears plainly unconstitutional, and is thus a mere fig leaf for krewes’ efforts to regulate throws.

In the end, if krewes want to play it safe or cater to their own interests, they should simply admit to that. They should not act as though picking sides by banning particular throws will make the controversy go away.  It won’t.  In fact, it only makes it worse.

UPDATE:  A photo has been circulating on social media that purports to depict a Muses t-shirt from this year, and it certainly bears on this discussion: 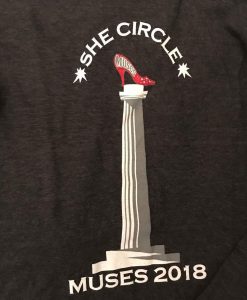 I have no confirmation on whether this photograph is legitimate or represents an official Muses t-shirt.  However, if it is genuine, this reeks of hypocrisy.  Muses can’t exactly claim to be avoiding the controversy surrounding Lee Circle if it approved of this.