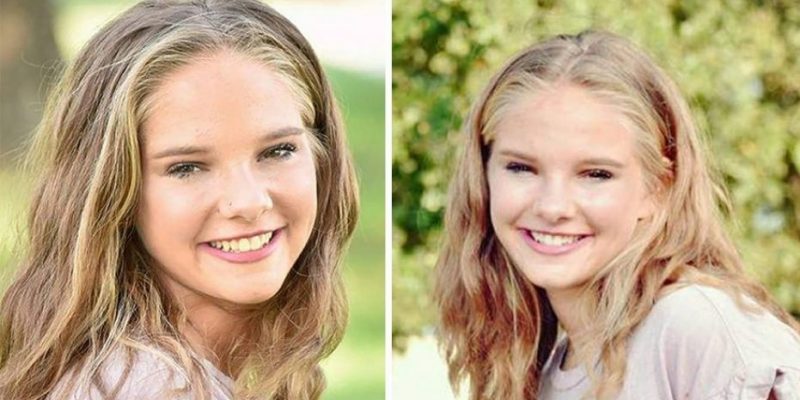 The fifteen-year-old from Mauriceville, Texas, Heaven Cox, vanished from her home on November 25, 2017.  Family members believed that she was lured by an “internet predator” she met on the social media app, Snapchat. They thought he was a “much older” man living in the San Antonio area. Shortly after her disappearance, her mother, Tammy Jane Cox, posted on Facebook,

I am asking everyone to share this to their wall, and particularly those who live in California and every state between there and Texas. This man told her that he would be in San Antonio for Thanksgiving and that he would pick her up.

Five days later, on November 30, Heaven was found in Louisiana, and was reunited with her family on December 1.

On February 3, nearly two months to the day of being reunited with her family, Heaven’s mother posted on Facebook that she had died.

Within a few days of her passing, her high school organized a memorial service. Her mother posted,

During the five days that Heaven was missing, her mother posted regular updates on Facebook. In November, she revealed that Heaven suffered from a “mental illness and is currently in a manic phase due to being off her medication.”

Heaven Cox was found in a home of a relative of someone she knew in Louisiana. The Orange County Sheriff’s Office stated that it appeared that Cox ran away on her own. No one has been arrested who used Snapchat who was in contact with Heaven.

Young people, the most prolific sharers of personal details and photos over apps like Snapchat, are especially at risk.

Amnesty International produced a report to rank social media apps and the safety they provide to their users. Based on a scale of one to 100, its methodology factored in how the apps “recognize potential threats to their users, apply end-to-end encryption, inform users of their rights and of security measures in place, and share details of government requests for user data.”

Amnesty specifically called out Snapchat in the report for not adequately informing its 100 million daily users about its encryption levels. When CBS News contacted Snapchat about Amnesty’s report, Snapchat declined comment.

If Snapchat was used to lure Heaven Cox, then Amnesty’s report is telling. If the social media giant had provided greater security measures, could Heaven’s disappearance been prevented?

Interested in more news from Texas? We've got you covered! See More Texas News
Previous Article Eight Members Of The Baton Rouge Metro Council Agreed To Waste 300K Of Your Money On That Stupid Study…
Next Article Why Do Olympians Bite Their Gold Medals? [video]