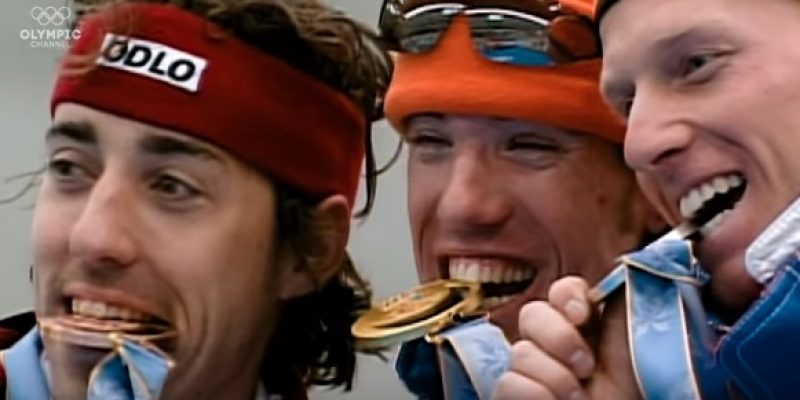 The Olympics Channel on Youtube produced an informative and comical video about why Olympians bite their gold medals. But it also gives a quick history lesson about the medals themselves.

The first Olympic Games in Greece awarded only one winner. There was no second or third place. There was no billion-dollar stadium in different host country every four years or an International Olympic Committee (IOC) that charged 70 percent of revenue generated from a host city.

After roughly 1500 years of Olympics competitions, it wasn’t until the first modern Olympics in 1896 that winners were awarded a silver and bronze medal. Genuine gold medals were only awarded in 1904, 1908, and 1912.

Today the medals are silver plated and their measurements are calculated by the IOC. Their actual worth is roughly $500 per medal, but can fetch more at auction depending on the medal’s owner.

Two Americans hold the only Olympic gold medal records ever. U.S. swimmer Michael Phelps holds the record for the most gold medals ever won by any Olympian ever (28). Eddie Eagan is the only athlete to have ever won a gold medal in both a summer and winter Olympics. He won the gold in 1920 and in 1932.

So why do athletes bite their gold medals? Find out below:

(The answer dates back to when people would bite gold coins to determine if they were genuine gold. Previously, gold was alloyed with other compounds to make it a harder metal. If the coin was a fake, teeth marks would show on the coin. Biting the medals today can cause broken or chipped teeth.)

Interested in more national news? We've got you covered! See More National News
Previous Article Texas Teen Died Months After Being Found But Was Her Death Because of a Snapchat Predator?
Next Article Bill Would Allow Teaching Bible Classes in West Virginia Public Schools