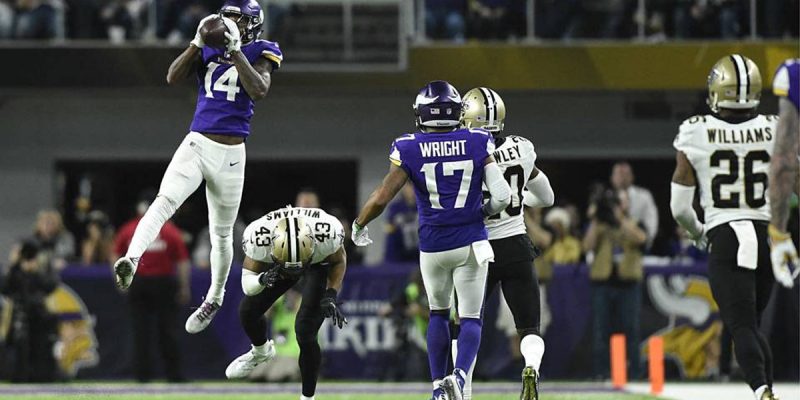 For about 95% of the campaign for sheriff of Jefferson Parish, Louisiana’s most populous parish aside from East Baton Rouge, long-time department spokesman John Fortunato was coasting his way on to victory.

The poll results were challenged by the Lopinto campaign as UNO’s touch-tone automated survey system was calling the ever shrinking number of landlines – which can produce inaccurate numbers as the polling sample becomes skewed if cell phone-only households are excluded.

Also, a poll conducted by JMC Analytics and Polling that was released a few days later showed Lopinto with a slight lead, 41% to 39℅.

However, the big takeaways from that poll still weren’t favorable to Lopinto: 20% of the voters were undecided and the incumbent was polling below 50%.

The latter is generally a fatal sign for someone trying to keep his job, even more so for sheriff since respondents might be more inclined to express their support to the stranger on the other end of the phone line.

Regardless of the “lead,” Lopinto was still losing the week going into the election.

Fortunato won the first “precinct”, that being the early vote that ran two Saturdays before election day and concluded the Saturday before.

Old time politicos once swore by the adage that early voting was a harbinger of the election day numbers.

However the expansion of what was once called absentee voting and the innovations by campaigns to utilize the change to their benefit has made that political rule of thumb an anachronism.

Fortunato led early voting by 327 ballots, a relatively small amount considering the total votes cast but for a man with a large payroll such as sheriff to lose early voting did not portend well for Lopinto.

Both candidates were seeking a game changer and to throw an albatross around the neck of their rival.

Though a Republican, then-state representative Lopinto crossed party and parish lines to back Edwards over US Senator David Vitter, who lives in Metairie.

Lopinto wasn’t alone in doing this but the move angered a number of Republicans.

Lopinto countered that by pushing Majority Whip Steve Scalise ‘s support for his bid to stay on as sheriff.

On the other side, Lopinto had an albatross ready to hang on Fortunato, and it had been gift-wrapped with a bow and handed to the sheriff by his opponent in a televised debate.

In a “yes or no” round during the WDSU debate the topic of Jefferson Parish President Mike Yenni”s sexting scandal came up.

Debate moderator Travers Mackel asked both candidates if they thought Yenni should have resigned as parish president and whether they would support his reelection.

Lopinto said the embattled parish official should have stepped down and would not back his reelection.

And then Fortunato gave his answers and gave away his election, saying Yenni was right to stay and would support a re-election bid if it materialized.

This was no longer a referendum on a sudden mid-term swap out or on Lopinto’s predecessor and current WWL 870 AM talk show host Newell Normand but on Yenni.

Fortunato supporters downplayed the debate and cited that the tactic of tying candidates to Yenni failed in a recent council race and the Kenner mayoral race.

What was lost on the Fortunato supporters was unlike those contests, this was a law enforcement race.

Fortunato later reversed course with a “clarification” but the damage was done.  In a political campaign, if you’re explaining, then you’re losing.

Lopinto was heading towards that elusive majority not in the polls but where it counted most – in the election day voting machines.

There were three big takeaways in the sheriff’s race.

First, Lopinto’s connection to Edwards wasn’t as toxic for east bank voters as Fortunato’s backers had hoped. That’s relevant not just in this past parish election but in the upcoming gubernatorial race in 2019.

A Republican cannot be elected governor without carrying Jefferson Parish by a sizable margin as there aren’t enough votes to make up for a loss there anywhere else in the state.

Second, debates matter not so much in terms of “winning” them but in not saying something that’ll end up on your opponent’s next mailer or TV ad.

A candidate is better off preparing not to lose a debate in lieu of scoring some kind of “knock out” punch, whatever that means.

Finally, Mike Yenni won’t be parish president in January of 2020.

His problems haven’t gone anywhere even though Yenni isn’t facing the same questions and pressures that confronted him when news of the scandal first broke.

There’s a world of difference between being tolerated and supported.

That Yenni survived the recall effort was no great accomplishment or reflection on his political standing.

Under Louisiana’s burdensome recall laws and with the logistical challenges of undertaking one in a parish the size of Jefferson, recalling Charles Manson wouldn’t even be a slam dunk.

Yes, Lopinto had more money and political resources to draw from.

Yes, the sheriff benefitted from the quick resolution of two high profile crimes near the election.

Yes, Fortunato was on the wrong end of unflattering press going into the election.

But the dynamics were there for Fortunato. He had an adequate war chest, high name recognition, and the lead most of the way.

Fortunato’s Yenni answers were the political equivalent of the Marcus Williams’ muffed tackle in the closing seconds of the Saints-Vikings playoff game.

As the click ticked down on the Jefferson Parish sheriff’s election, all Fortunato had to do was avoid losing.

Instead he tackled his own player.

Interested in more national news? We've got you covered! See More National News
Previous Article VIDEO: Y’all See These Crazy People Using An Alligator For A Baby Gender Reveal?
Next Article Tonight Is The Hayride’s Truth And Consequences Tour Event On The Northshore, So Grab Your Tickets Now!