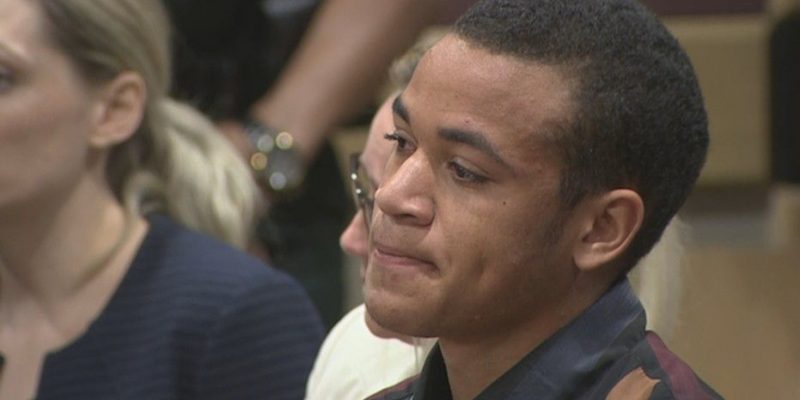 The Sun Sentinel reports that the brother of the man who killed 17 students and staff at Marjory Stoneman Douglas High School was arrested on Monday for trespassing.

Zachary Cruz, 18, “rode his skateboard at 4:30 p.m. across the campus where his older brother, Nikolas Cruz, went on a shooting spree with an AR-15 rifle,” according to the Broward Sheriff’s Office.

Cruz told deputies that he visited the school “to reflect on the school shooting and to soak it in,” according to the arrest report.

Broward Schools Superintendent Robert Runcie said the school’s gates are opened after the school day ends at 2:40 p.m. to enable students to participate in after-school activities. During school hours the gates are locked.

School officials warned Cruz to stay away from the school. Runcie said that Cruz didn’t breach security; “He came through whatever gate was open at the time. Somebody spotted him and reported him to BSO. They responded quickly.”

According to a report from the Palm Beach County Sheriff’s Office Zachary Cruz said on the night of his brother’s shooting spree, “I don’t want to be alive. I don’t want to deal with this stuff.”

Two days after the shooting he told a deputy that he felt “somewhat responsible and guilty about the incident and that he could have possibly prevented [it],” that report said. He also told the deputy that he “doesn’t understand why his brother would have done this.”

Interested in more national news? We've got you covered! See More National News
Previous Article Package explodes at FedEx facility near San Antonio, Device More Sophisticated
Next Article Let’s Understand That The Louisiana Legislature Will Not Have To Cut The State’s Budget In This Session