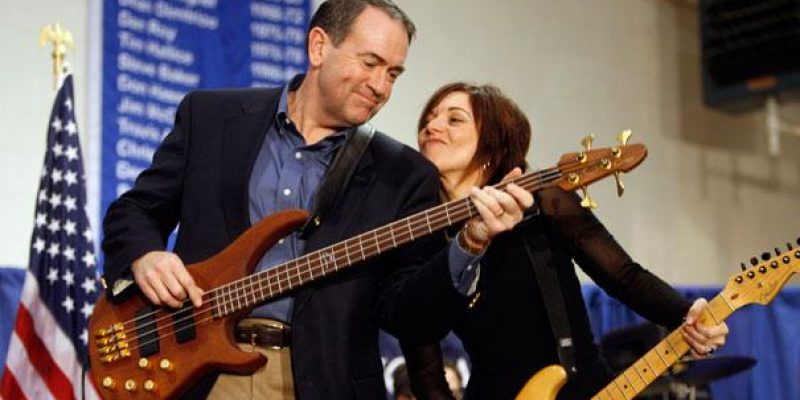 Former Republican presidential candidate Mike Huckabee announced that he resigned from the Country Music Association Foundation board right after he was announced as one of its newest members.

On Wednesday the board announced that Gov. Huckabee was one elected to the board of directors for the association’s charitable arm that runs the annual CMA Awards and the CMA Festival. In a press release the foundation chairman Joe Galante praised Huckabee for his “policy experience with education reform.”

He was elected. The board voted for him. The board, not anyone else.

But country music liberals criticized Huckabee and the association, which led to Huckabee resigning. He claimed he resigned to avoid “unnecessary distraction” to the foundation, and called his critics bullies:

Got home from 28 hour trip from Taipei that lasted longer than my time on CMA Foundation board. Read my FULL letter of resignation and see that "Hate Wins" and bullies care about themselves than kids needing music. https://t.co/uDzMD6NbFc

If the industry doesn’t want people of faith or who hold conservative and traditional political views to buy tickets and music, they should be forthcoming and say it. Surely neither the artists or the business people of the industry want that.

I hope that the music and entertainment industry will become more tolerant and inclusive and recognize that a true love for kids having access to the arts is more important than a dislike for someone or a group of people because of who they are or what they believe.

Huckabee is an amateur guitar player who loves music. He learned how to play the guitar as a child, which is why he has always been passionate about providing arts education in the public school system.

Jason Owen, a director at Sandbox Management that represents Little Big Town, Faith Hill, and Kacey Musgraves, wrote a letter to the foundation calling Huckabee’s election “grossly offensive.” He wrote that his clients would no longer support the foundation.

Owen, a homosexual, is married to another man and has an adopted child. Owen’s hatred is common among the Gay Mafia. He wrote,

Huckabee speaks of the sort of things that would suggest my family is morally beneath his and uses language that has a profoundly negative impact upon young people all across this country. Not to mention how harmful and damaging his deep involvement with the NRA is. What a shameful choice. I will not participate in any organization that elevates people like this to positions that amplify their sick voices. This was a detrimentally poor choice by the CMA and (its) leaders.

Country music has strong Southern Gospel roots. It doesn’t promote homosexuality. Country music has historically advocated qualities of being an American: patriotism, honoring servicemen and women, veterans, public servants, loving others, and enjoying life. Critics often joke that Country music is only about a guy with a broken heart, his pick-up truck, and his dog.

But looking at the history of the genre some of its biggest artists are Christians and would have enjoyed Huckabee being on a board that promotes charity. How often does a political leader who is a wholesome representation of the family as a father and husband, who has dedicated his life to public service, who loves to play the guitar, ever want to get involved in the country music scene? Not often, if ever.

Huckabee, who has always promoted the flourishing of life, and the many Christian artists in Nashville and elsewhere, should stand their ground. Christians shouldn’t be discriminated against because they love God and want to make America a better place to live, work and raise a family.

Interested in more national news? We've got you covered! See More National News
Previous Article Celebrating Texas Independence Day, Where Everything in Texas is Quite Literally Bigger [videos]
Next Article Must Read: The Faith of Donald Trump, a Spiritual Biography