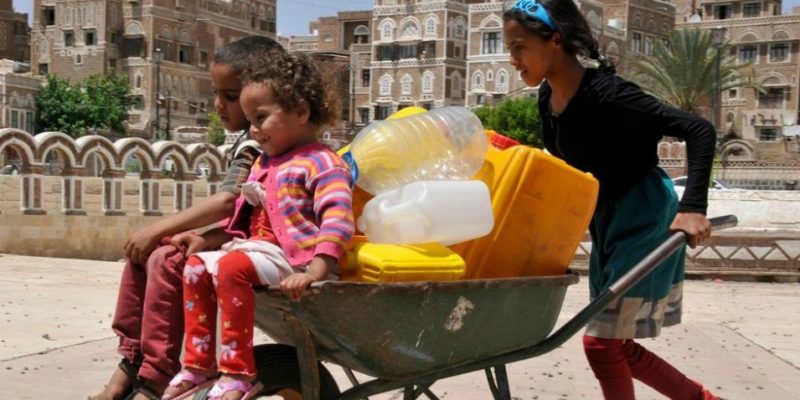 For once, I agree with actor Mark Ruffalo, who is a campaign spokesperson agains the illegal war the U.S. is waging on behalf of Saudi Arabia against the Yemenis people. U.S. fueled airstrikes, missiles, and target selection have created the worst humanitarian crisis to exist in modern history, combined with a policy of starvation, Yemen is being wipe out. There is no legal justification for this war. It has never been authorized by Congress.

U.S. involvement in illegal murder and starvation must end. The UN recorded 13,045 civilian casualties, including 4,773 killed between 26 March 2015 (when the coalition air campaign began) and 26 March 2017.

“The situation in Yemen – today, right now, to the population of the country – looks like the apocalypse,” Mark Lowcock, the head of the UN office for the coordination of humanitarian Affairs (OCHA) said.

Senators Bernie Sanders and Mike Lee cosponsored a bill to stop U.S. involvement in this illegal war by invoking the War Powers Resolution. Call your senators to vote for the Sanders-Lee Resolution 1-833-stop-war.

Best way to care for women? Start with the basics: Stop killing them. Stop supporting those who kill them. #WomensDay pic.twitter.com/3wdz9smIZj

Twenty million people are in grave danger. Eight million are experiencing a famine. The BBC reports:

The UN says more than 7,600 people – mostly civilians – have been killed and close to 42,000 others injured since the conflict between forces loyal to exiled President Abdrabbuh Mansour Hadi and those allied to the Houthi rebel movement escalated in March 2015.

Fighting on the ground and air strikes on rebel-held areas by a Saudi-led coalition backed by the US and UK have displaced more than three million people.

About 3.3 million children and pregnant or breast-feeding women are acutely malnourished, including 462,000 children under five who face severe acute malnutrition. That represents a 57% increase since late 2015 and threatens the lives and life-long prospects of those affected, according to the UN.

The World Food Programme has classified seven of Yemen’s 22 provinces as being at “emergency” level – one step below famine on the five-point Integrated Food Security Phase Classification scale. Ten provinces are at “crisis” level.

Saudi-led coalition air raids and debilitating blockades of the country’s air and sea ports are creating the famine, depriving the majority of the country access to food, fuel and medicine. Yemen currently has the world’s worst cholera epidemic in recorded history.

Interested in more national news? We've got you covered! See More National News
Previous Article Virginia Delegate Nick Freitas Gives Epic Speech on Gun Control [video]
Next Article VIDEO: Remy’s Latest Is A Bit Of A Buzzkill, But We Like It…