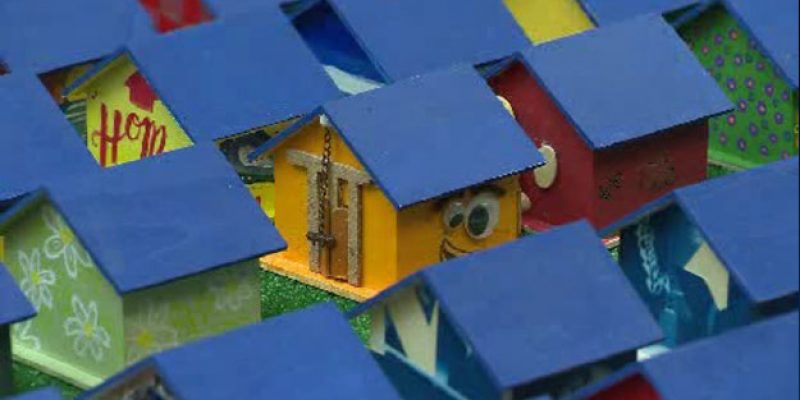 One solution Miami-Dade County commissioners are considering is the construction of tiny homes. This past week the commission unanimously voted to request that the mayor’s office look into changing zoning laws in order to allow developers to build tiny homes less than 300 square feet. Commissioner Barbara Jordan argues that, “Micro houses would encourage the efficient use of land by accommodating greater population density in a smaller area.”

Miami New Times points out that “Miami Beach commissioners have discussed turning parking garages into workforce housing, and a nonprofit trying to tackle the housing crisis has pitched the idea of setting people up in modified shipping containers.”

Hollywood-based builder The Container House recently built a custom cargo home in unincorporated Miami-Dade County, outside Miami Shores, which was featured on HGTV.

But beyond the trend of the tiny home movement, these homes could be seen as a less expensive alternative for low-income residents who cannot afford to live in Florida.

Florida ranks second behind Nevada in having the least available and accessible affordable housing for low-income residents in America, according to a report produced by the National Low Income Housing Coalition (NLIHC).

Florida also has the third highest population of homeless people in America, according to another report produced by the Florida Housing Coalition (FHC), a nonprofit housing advocacy group. The FHC report shows that 31 percent of all homeowners in Florida and 18 percent of all renters spend more than 50 percent of their income on housing. This is 20 percent more than the cost burden identified by NLIHC’s 30 percent benchmark.

Manta estimates that according to 2018 data, the average cost homeowners spend on major remodels in Miami-Dade County is between $11,210 and $93,419. It also provides estimates for tiny home construction costs in several Florida counties including Miami-Dade.

There’s a Facebook group for tiny home enthusiasts in Florida, along with numerous tiny home sites for available units in Florida.

Last year the Miami-Dade Homeless Trust promoted the idea of tiny homes for the homeless and low-income residents. It built a display of 1,100 tiny homes called, “Roofs Rising,” to encourage public discussion about affordable housing. The local news reports that the Trust “has the resources to house these individuals, but they lack the housing to do it.”

Watch the video about the display here.

In light of the problems surrounding affordable housing in Florida, tiny homes might present a long-term solution.