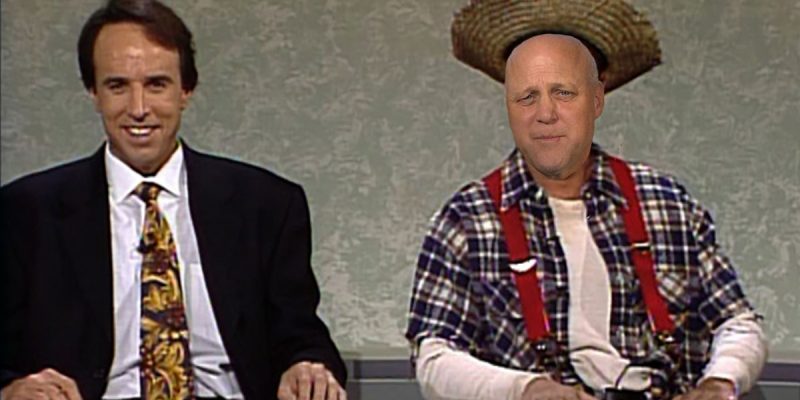 We wouldn’t recommend reading it because it really is that bad, but for your understanding of just how low the Democrats’ media organs are willing to go these days you probably have to hold your nose and plow through Edward-Isaac Dovere’s POLITICO story on what a rare political talent Mitch Landrieu is.

You might even get a kick out of it. It is unintentionally funny, after all.

How bad is this thing? Well, let’s start with the headline: “The Cajun Democrat who could shake up the 2020 field.” Because Mitch Landrieu is Cajun, dontchaknow.

It doesn’t get any better from there. In fact, it gets even worse. The sub-head says “‘I think he’s a remarkable talent … on the Bill Clinton, Barack Obama scale,’ says one admirer of New Orleans Mayor Mitch Landrieu.”

That admirer? Democrat political consultant James Carville, who would almost certainly find work in a Landrieu 2020 campaign and who has been pushing his prospective patron as a 2020 candidate for some time.

The whole thing is uproariously horrible. Here’s a taste…

With a media tour for his new book, “In the Shadow of Statues” (out Tuesday), and after headlining this month’s media-fest Gridiron Dinner in Washington, Landrieu knows he’s kept people talking. Monday night on “The Daily Show,” he smiled through a long burst of applause when Trevor Noah pitched him on 2020. Ridiculous as he and everyone around him knows it is to think about a New Orleans mayor making a serious bid for the White House, they also see the unique profile he’d have in a huge Democratic field concentrated on the coasts — the white Southern liberal who loves wrestling and musical theater, and looks like he could blend right in at a Trump rally.

Barack Obama has taken note of Landrieu’s record as mayor and a speech he gave last year on removing Confederate monuments. The former president has said privately that he could see the appeal of a bald white guy from Louisiana talking up progressive politics in a Cajun accent. Though Obama is far from signing up, some notable players in his orbit are daydreaming of finding the next unlikely superstar and making it happen.

Landrieu sees the situation. He says he just doesn’t necessarily see himself as the solution.

“The country’s in a dark hour. My commitment has always been to do what I can to help,” Landrieu said. “You never say never. At the moment, I can’t see a pathway.“

Never say never, he says. In a Cajun accent. Because all New Orleans people are Cajuns.

And here’s something a little educational…

Landrieu hasn’t raised money or hired any consultants or conspicuously campaign-minded aides. But he does have his prominent cheerleaders with local roots, like Louisiana native and former interim Democratic National Committee chair Donna Brazile, who said he’d be “a fantastic candidate.”

“We all know had Hillary Clinton won, Mitch Landrieu would have been a candidate for several Cabinet appointments,” Brazile said, stressing that she wasn’t making an endorsement. “But given the circumstances, I think it’s important to keep his eyes open and see which way the wind will blow in 2020.”

“It’s one thing to run for president, and it’s another thing for people to take you seriously. He clearly falls into the second category,” said James Carville, the Clinton political guru. “I think he’s a remarkable talent … on the Bill Clinton, Barack Obama scale. The more people see him, the more people will like him.”

So, Donna Brazile and James Carville. You can’t get any more shameless a pair of power-hungry political whores than those two, who will literally crawl through the muck to cozy up to somebody they can put in office, and here they are touting Landrieu – who is probably the only Democrat hopeful for 2020 who’d have anything to do with them after the disaster that was Brazile’s stewardship of the DNC in service to Hillary Clinton’s failed 2016 presidential bid.

How shameless? Here’s a lie which rivals the one Clyde Giddens told Tyler Bridges…

In 2010, after moving his family back to New Orleans and feeling distraught at the state of the city, Carville talked Landrieu into a late entry into the mayor’s race with a poll that showed he’d win easily, despite his three previous losses for the job.

Carville said he’ll try to be that convincing again.

Landrieu’s book tour is taking him all around the country, ahead of an enormous tricentennial bash in New Orleans just before his term ends in May.

Carville talked Landrieu into running for mayor of New Orleans in 2010? Yeah, right. Mitch Landrieu started his 2010 campaign for mayor of New Orleans as soon as he lost the race he ran for it in 2006. That might explain why he raised more than a half-million dollars in 2009, for crying out loud – he was Lieutenant Governor at the time, but he wouldn’t have had the big checks from the usual government contractor suspects if he wasn’t running for mayor already.

Dovere just swallowed that one whole, and meanwhile everybody in Louisiana is laughing at it with the same gusto they did at the thought of Mitch Landrieu as a Cajun.

And here’s something else funny Dovere swallows whole from Carville…

“If he showed up somewhere, people would show up to hear what he has to say,” Carville said. “That’s a huge thing. Not everybody crosses that threshold from Day One.”

Turns out we can put that to the test. Our buddy and Hayride contributor Johann Batiste brought an event to our attention… 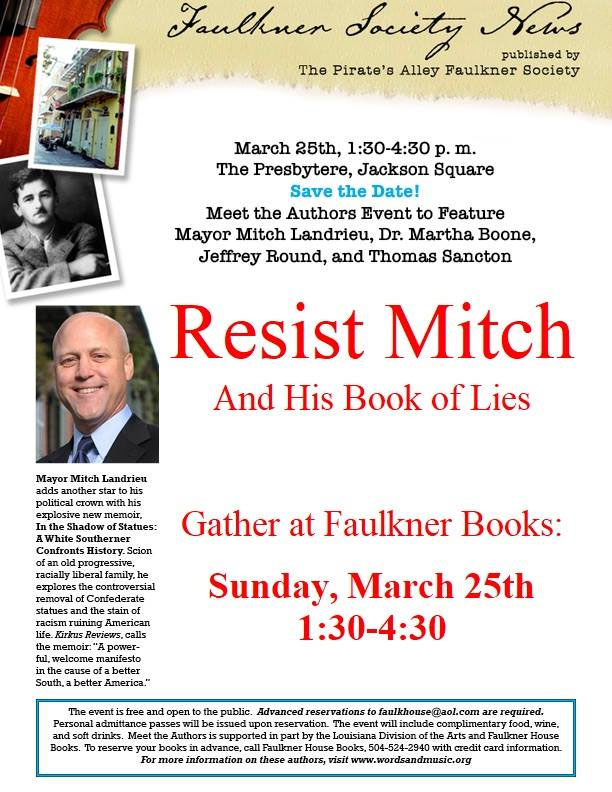 We’re not going to advocate that our readers show up and embarrass Landrieu at his book signing. That would be rude. Hilarious, but rude. Staying away, so as to have Landrieu’s budding presidential bid drowned out by the sound of crickets, is also a nice bit of protest.

But if Carville cons Landrieu into running for president in 2020, that’s fine by us. It’ll make for even more hilarity – at least for a while, before he crashes and burns the way Martin O’Malley and Bobby Jindal did in 2016.

Interested in more national news? We've got you covered! See More National News
Previous Article The Louisiana Legislative Black Caucus Is Into Gun-Grabbing In This Year’s Legislative Session
Next Article It Turns Out Clay Higgins Will Have A Democrat Opponent In November