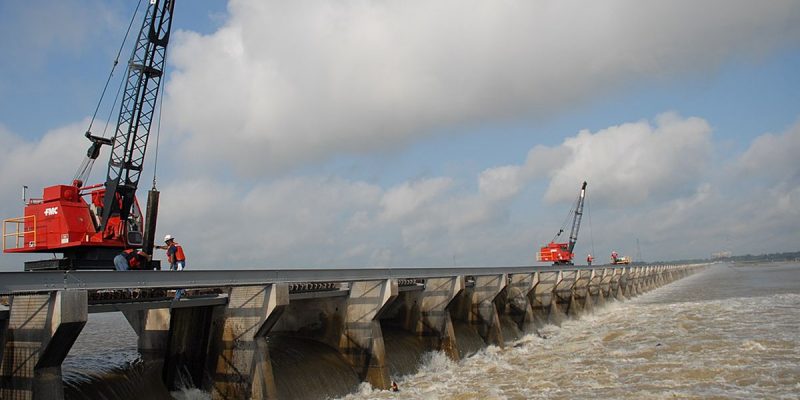 Nobody in South Louisiana really paid a whole lot of attention to the heavy rains falling in the Ohio River Valley and in parts north of here, but perhaps now’s the time to take note.

That’s because what falls on Ohio, Kentucky, Tennessee and Arkansas eventually flows down through South Louisiana in the Mississippi River, and it’s flowing pretty heavily now – with a lot more to come in the next couple of weeks.

The Carrollton Gauge in New Orleans usually reads 10 feet or less this time of year. It read 13.1 feet on Friday, with a forecast for another three feet of rise. And in Baton Rouge, this morning the river was at 36.56 feet, with a forecast of 42.4 feet by St. Patrick’s Day. Flood stage for Baton Rouge is 35 feet.

So flooding along the river is certainly possible. Along the Red River, which feeds into the Mississippi (sort of), there has been quite a bit of flooding – the Red River has crested at 31.35 feet, which is above the minor flood stage of 30 feet. That after Shreveport got a record 9.21 inches of rain in the month of February.

North of Baton Rouge, the Oyster Bar in St. Francisville, which sits along Bayou Sara (which flows into the Mississippi), is closing up shop thanks to the high-and-rising river levels. In 2011, when the Mississippi had significantly higher levels than are forecasted this year, the water covered the roof of the establishment – and this year backflow from the Mississippi is already covering the access road to the restaurant. Stephanie Thibodeaux, one of the proprietors, says she expects six to eight feet of water in the establishment by the time the floods are over.

And in New Orleans, the Army Corps of Engineers is talking about opening the Bonnet Carre Spillway because of the water levels in the Mississippi rising above New Orleans.

This doesn’t appear to be a flood event serious enough that the Corps will do more than that. In 2011, the Morganza Spillway was opened because of major-flood river levels at the structure, and it was considered again in 2016. This event doesn’t seem to be quite as severe.

Still, in the next two weeks the river will be awfully high. It might be worth a look from atop a levee soon. Just don’t get in the way of the folks doing a job monitoring the integrity of the levees if you do go to the river to see its might at work.

Interested in more news from Louisiana? We've got you covered! See More Louisiana News
Previous Article APPEL: The Struggle To Exorcise Huey Long From Louisiana’s Governance
Next Article Did You See The Wall Street Journal’s Piece On JBE And His Anti-Oil Trial Lawyers?