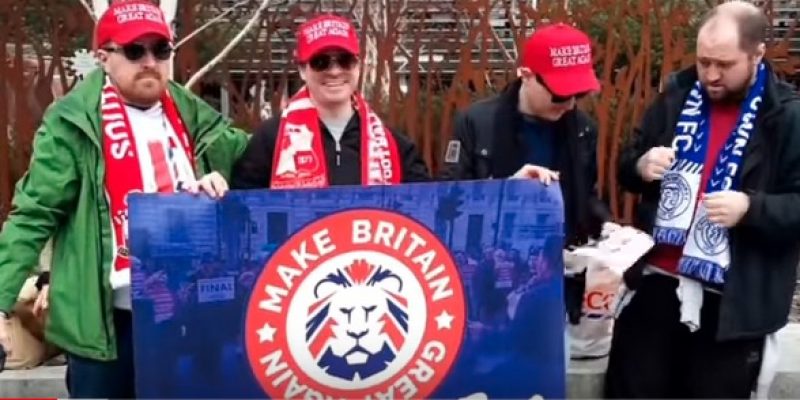 This is something the mainstream media will never show: 30,000 Britons marching in support of Donald Trump– chanting that they want him as their president. The group– Make Britain Great Again– are wearing MAGA Donald Trump hats and waving yellow “Don’t Tread on Me” flags– harkening the American colonies in their fight for independence from the British.

If anything could be more ironic, it’s the British pointing to the American Revolution for their own freedom from a tyrannical British government today that continues to import Islamists and cover-up ongoing child rape, sex-trafficking and grooming of white British teens by mostly Pakistani men.

The UK is deliberating whether or not to leave the EU– after its citizens voted for BREXIT– and the people have had enough. In another show of solidarity against the government 30,000 Brits took to the streets chanting their support for Donald Trump because they see him as the only leader they can look to for hope for the future.