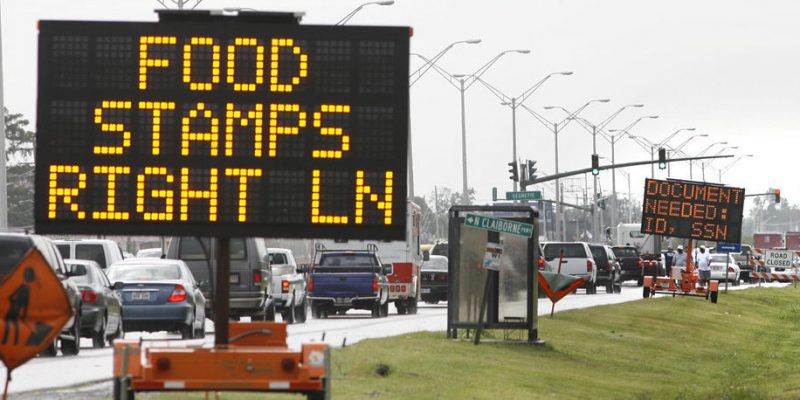 Louisiana Congressman Ralph Abraham, R-Alto, has argued that the work requirement to receive food stamps is like getting on a “ramp to employment”– not a lifestyle.

One aspect of the Farm Bill that passed the House Agriculture Committee, of which Abraham is a member, is the requirement for food stamp recipients to work who receive benefits through the Supplemental Nutrition Assistance Program (SNAP). SNAP accounts for $70 billion and 80 percent of the Farm Bill budget. SNAP is funded by the U.S. Department of Agriculture (USDA) but administered by state governments.

The measure introduced by Texas Congressman Michael Conoway, requires able-bodied adults between the ages of 18 and 59 to work or to participate in job training for 20 hours a week in order to qualify to receive food stamps.

“SNAP provides an important safety net for many Americans, but I want it to be an on-ramp to success, not a lifestyle for work-capable adults,” Abraham said. “The new Farm Bill makes reasonable and streamlined changes to eligibility requirements that will result in more adults who are ready for the workforce.

“These changes will help people break out of the cycle of poverty and climb the economic ladder.”

It has also been reported that President Trump is considering including mandatory drug testing for food stamp recipients.

The work requirement in Louisiana (which didn’t require work) was introduced by Rep. Jay Morris, but didn’t make it out of the House Committee.

Recipients in Louisiana receive an average of $200 of food stamp benefits each month, according to the Louisiana Department of Family Services.