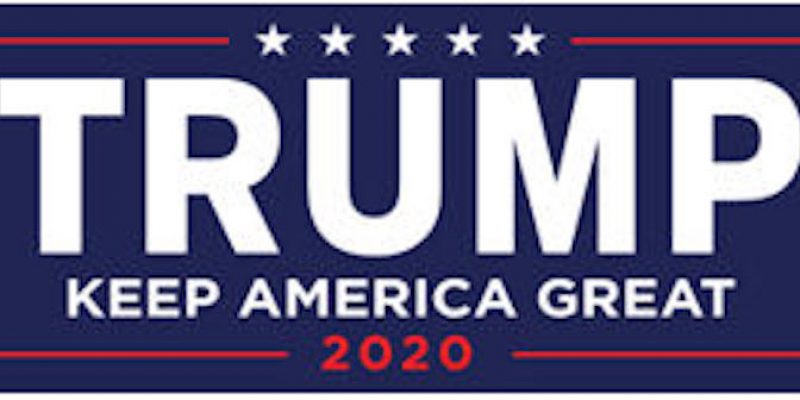 According to Gallup Poll indicators, based on benchmarks used for former presidents Clinton and Obama, Gallup reports that President Trump is on track to be reelected president in 2020.

It states: “the percentage of voters who say Trump deserves re-election is essentially identical to that of Bill Clinton and Barack Obama at the time of the 1994 and 2010 midterm elections, respectively.”

The latest results are based on an April 9-15 poll of U.S. registered voters. Trump’s re-elect number roughly matches his 39% job approval rating among all U.S. adults in the same week of Gallup tracking.

Gallup has asked voters whether or not presidents deserve reelection during the same time period of their second year in office. The answers were the same for Trump as Barack Obama in October 2010 and one point lower than Bill Clinton in October 1994. More voters said George W. Bush deserved re-election at the time of the midterm elections in his first term primarily because of 9/11.

[Trump’s] re-elect figures do not match those of Clinton (40% in April 1994) and Obama (46% in March 2010) in the spring of their first midterm election years. However, by the time voters cast ballots in those presidents’ first midterms that fall, the percentage of voters believing Clinton and Obama deserved to be re-elected had fallen to the same level Trump is at now.

Gallup notes that independent’s view of Trump is similar to their view of Clinton and Obama during the same timeframe in office during the 1994 and 2010 midterm elections. Roughly one in three independents believed Clinton and Obama each deserved re-election; fewer than one in 10 Republicans did. Trump’s numbers among Republicans “are essentially the same as Obama’s among his fellow Democrats in 2010,” Gallup reports, “but slightly better than those of Clinton among Democrats in 1994. Trump would need to see a recovery in his support over the next two years to successfully win re-election, as Clinton and Obama did.”