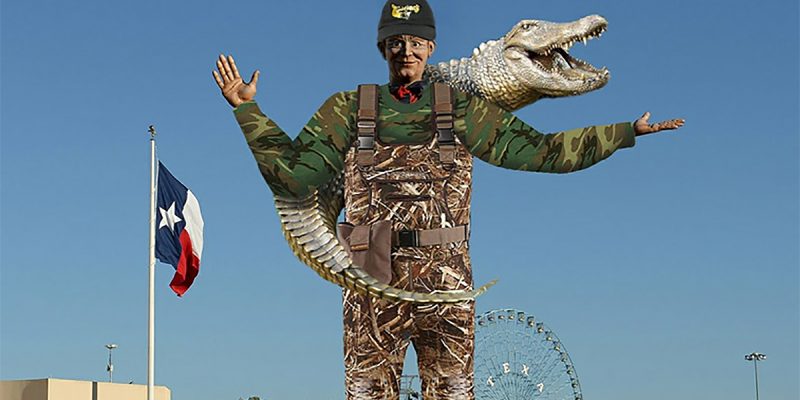 As is tradition, April First is host to some of the best tricks of the whole year. This time around, my favorite goes to Texas Comptroller of Public Accounts, Glenn Hegar. Mr. Hegar posted a press release that “Big Tex” would be replaced by “Big Lou” for the 2018 Texas State Fair in honor of the Cajun Navy who bravely and selflessly traveled to Houston to help save lives during the horrific and unprecedented flooding caused by Hurricane Harvey.

“Visitors to the Texas State Fair this year will see a big change in the fair’s mascot, Big Tex, Comptroller Glenn Hegar  announced today. The 55-foot cowboy will become Big Lou to commemorate the Cajun Navy volunteers who ferried Texans to safety during 2017’s Hurricane Harvey.”

The Texas Comptroller credited the Louisiana natives for performing more than 5,000 rescues during the natural disaster. Hegar said,

“Texas will always remember the courage of the Cajun Navy. Without their efforts, thousands of our friends and family members might not be here today. We owe our neighbors an enormous debt of gratitude.”

His office’s Instagram account updated the caption to clarify that it was an April Fools joke but said,

“What’s not imagined is the incredible courage of the Cajun Navy, volunteers and first-responders near and far who came to Texas’ rescue during Hurricane Harvey. With love from the bottom of our Texas-sized hearts, we thank you!”

This light-hearted April fools joke captures the mutual appreciation and brotherhood that our two great states share, one that will survive as long or even beyond the union itself.

The comptroller’s press release is sure to put a Cajun, or Texas-sized, smile on our readers faces: 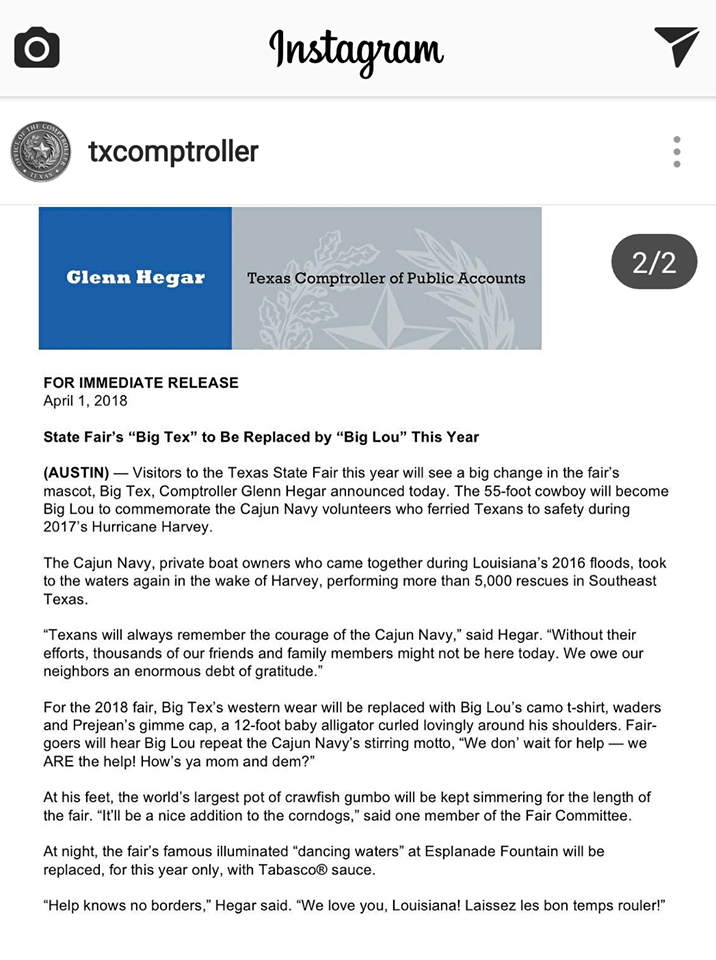 And here’s Big Lou, in all his glory… 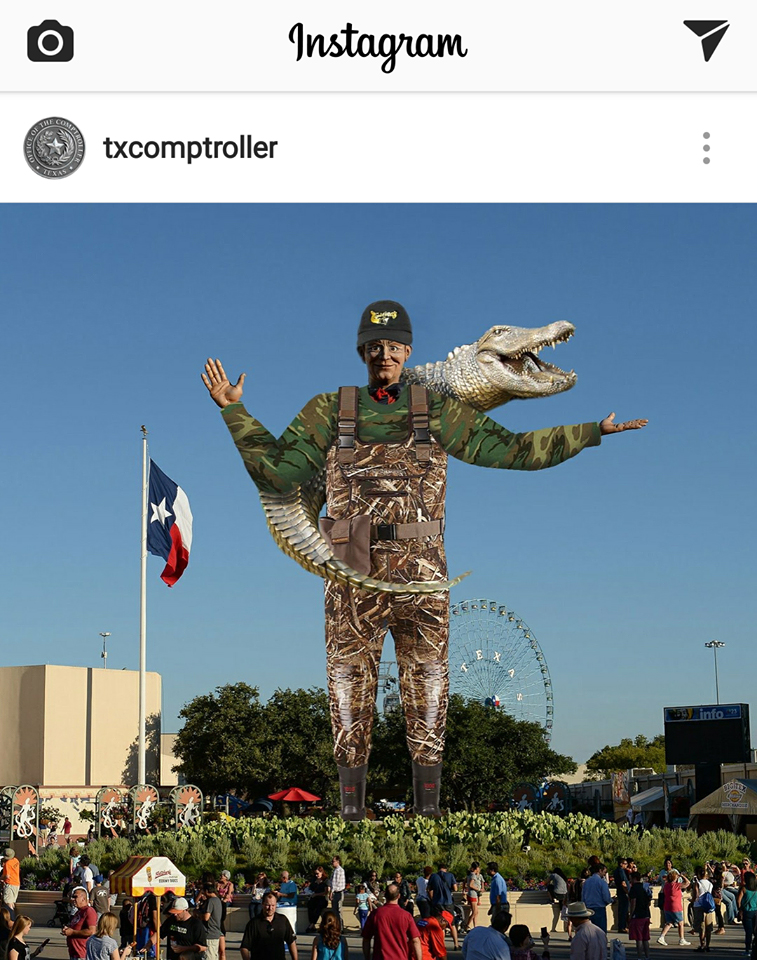