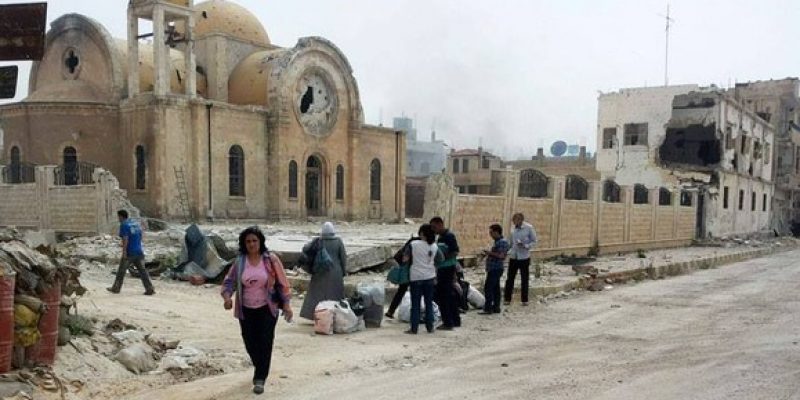 Near- and Middle Eastern Christian leaders have denounced the war in Syria as a proxy war fought among world powers over access to a pipeline that has nothing to do with chemical weapons.

By doing so they have “opened the gates of hell, unleashed demons on Syrian Christians,” Aramean advocate and author Johny Messo, who presides over the World Council of Arameans, recently wrote.

Father Pablo wrote at Patheos, “One of my seminary classmates was kidnapped five years ago by one of these rebel groups who oppose Assad.  I find it so difficult to process the fact that the men who kidnapped (and probably murdered) my friend could have potentially been funded by the United States.”

A Statement Issued by the Patriarchates of Antioch and all the East for the Greek Orthodox, Syrian Orthodox, and Greek-Melkite Catholic

God is with us; Understand all ye nations and submit yourselves!

We offer our prayers for the safety, victory, and deliverance of Syria from all kinds of wars and terrorism. We also pray for peace in Syria and throughout the world, and call for strengthening the efforts of the national reconciliation for the sake of protecting the country and preserving the dignity of all Syrians.