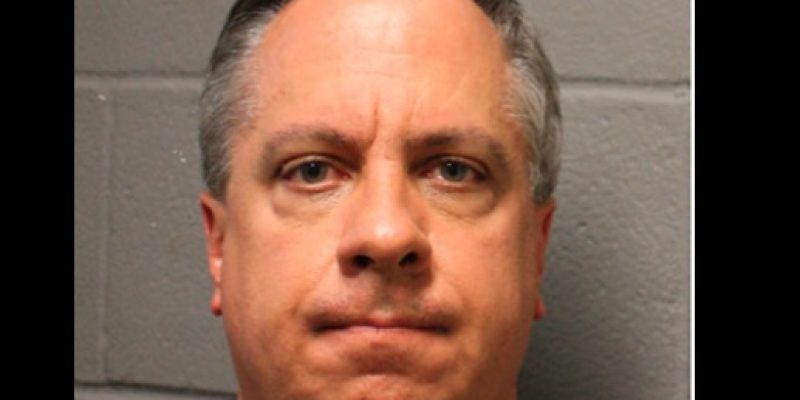 Lueb was released from jail late Friday afternoon on a $1,000 bond.

MUGSHOT: This is Greg Lueb, a former Harris County first assistant treasurer accused of stealing more than $20,000 from…

ABC News posted a video of Leub leaving the jailhouse and dodging reporter questions “about how he got caught up in the alleged theft.”

ADA Brewer: sought finger prints and DNA sample from Lueb, he allegedly gave statements to investigators and said he was making withdrawal because he was being blackmailed by woman he met at https://t.co/oaYfIAOFbd

Court documents reveal that Lueb had been texting with a woman, “Mistress Cindy” who he met on Collarspace, and together allegedly planned to steal money from the Harris County Federal Credit Union.

District Attorney Kim Ogg said in a press conference on Friday that Lueb had access to over $3 billion and he could transfer up to $100 million at a time using his signature. She said,

He had access to every single Harris County department’s bank accounts.

We know he was stealing from Harris County employees because it’s our money in the credit union. Credit union is self-insured.

However, Harris County Treasurer, Orlando Sanchez, told Eyewitness News that seven signatures are required to move any amount of money from county accounts. He said:

No one in Harris County individually has the ability to move any public funds. There is a series of checks and balances and internal controls and multiple layers of authorizations and signatures that have to accompany a transfer of money request.

Sanchez expressed his shock to ABC13 when he heard of Lueb’s arrest. He said he was,

Shocked and dismayed. He’s a gentleman that worked in our office and had access to quite a bit of county funds. It appears his personal life went off the rails.