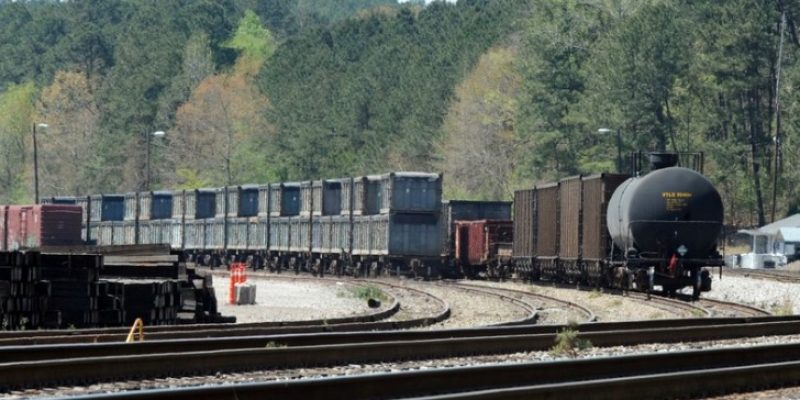 A train from New York City carrying thousands of tons of human excrement was en route to Big Sky landfill in Alabama, which has been taking New York’s human sewage since 2017.

But a legal injunction stopped the train, which has quite literally left thousands of tons of human excrement sitting on the tracks to rot next to where 982 residents live in Parrish, Alabama.

The Associated Press begins its story by stating that the train for several months is “spreading a stench like a giant backed-up toilet — and the ‘poop train’ is just the latest example of the South being used as a dumping ground for other states’ waste.”

“Oh my goodness, it’s just a nightmare here,” Parrish Mayor Heather Hall told the Associated Press, noting that the stinking train, which is currently parked near a grouping of little league ball fields, smells especially horrible around dusk after the atmosphere has reached peak heat.

“The , have been stuck with a stinky, poop-filled freight train that’s been sitting on its tracks for several months now, and nobody seems to know where or when it might be removed,” Natural News reports.

According to a legal filing from West Jefferson Township, when “biosolids” were previously dumped in their backyard it became “infested with flies” and the “smells of dead rotting animals as well as human waste” were overwhelming.

According to the U.S. Environmental Protection Agency, EPA, biosolids are “treated wastewater” that can be buried in landfills, incinerated, or “recycled” as “fertilizer.”

As a result, New Yorkers’s human waste is supposedly being used as “fertilizer” on crops in the south.

“Much of the south has been used as a dumping ground for human waste in recent years, as places like Alabama, Georgia, and South Carolina all have relatively lax environmental restrictions and zoning laws,” Natural News reports.

Natural News reports. In 2012, toxic biosolids“fertilizer” was being spread all over farm fields in Lehigh County, Pennsylvania.

“Would New York City like for us to send all our poop up there forever?” asked one local resident asked the Associated Press. “They don’t want to dump it in their rivers, but I think each state should take care of their own waste.”

The town of Parrish is in the process of developing new zoning laws to prevent rotting mounds of putrid fecal matter being dumped in their town in the future.