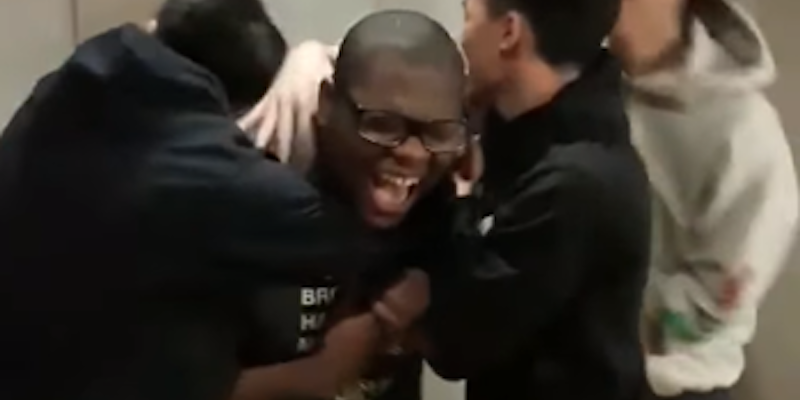 Micheal Brown, a 17-year-old senior at Lamar High School in Houston, Texas, applied to 20 top colleges and got into all of them. And ALL of them offered him a full ride through a combination of merit- and financial-based scholarships and grants.

His mother told the Times that he’s always wanted to go to Stanford. It looks like he’ll be going there after watching this video you’ll understand why:

Interested in more news from Texas? We've got you covered! See More Texas News
Previous Article CROUERE: Trump’s Weathering A Storm Of Media Abuse
Next Article New Report: Too many Texas kids being suspended in pre-K to 2nd Grade