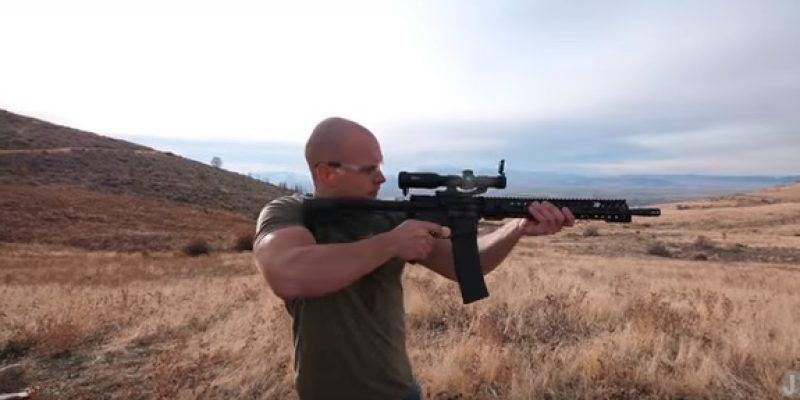 Doing so, Gun Owners of America argues, “would turn 500,000 gun owners into felons. And the regulations would arguably do the same for the millions of Americans who own semi-automatic rifles.”

The new regulation would define bump stocks as “machine guns.”  Under the Hughes Amendment (18 U.S.C. 922(o)), every “machine gun” manufactured after May, 1986, is banned for civilian use with no grandfather clause and no grace period. Under 26 U.S.C. 5845(b) any firearm that can be “readily restored” or “converted” to fire automatically is considered a “machine gun.”

The bump stock regulation could also affect AR-15 owners– creating an even bigger gun grab in the future. If the proposed regulations erroneously categorize AR-15/bump stock fire to be “automatic fire,” then any future anti-gun administration could easily classify AR-15s as full automatics under those circumstances.

Like the machine gun regulation, there would be no grace period or grandfather clause for post-1986 semi-automatic rifles that classify as bump stocks.

And by the way, where is Donald Trump Jr. on this? He’s an avid hunter and knows all about guns. Why isn’t he explaining to his father the erroneous thinking behind this regulation?

Is the gun he is shooting int he video below a machine gun?