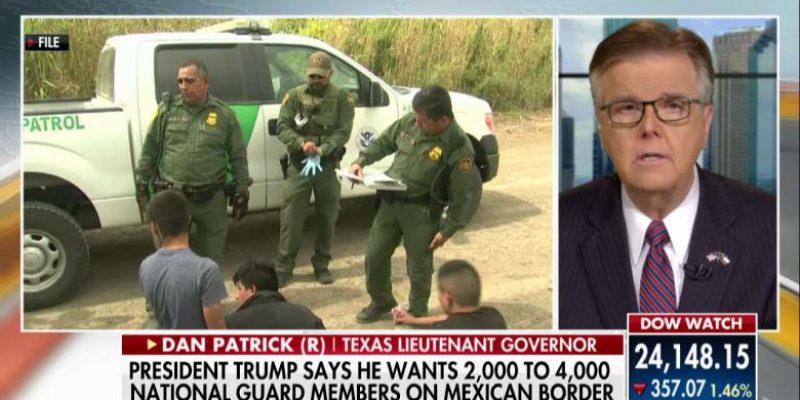 President Trump announced his decision to send up to 4,000 National Guard members to secure the border with Mexico until the wall is built. On Friday, Defense Secretary James Mattis approved the plan. Shortly thereafter Texas deployed 250 personnel to the border; Arizona sent 150 troops.

Trump tweeted before announcing his executive order to secure the border:

Mexico is doing very little, if not NOTHING, at stopping people from flowing into Mexico through their Southern Border, and then into the U.S. They laugh at our dumb immigration laws. They must stop the big drug and people flows, or I will stop their cash cow, NAFTA. NEED WALL!

I hope they’ll stay there until hell freezes over, until that wall is built. We need the wall. The idea that any Democrat or any liberal does not want to secure our border — to me, they’re not upholding their oath of protecting the Constitution and the laws of this country.