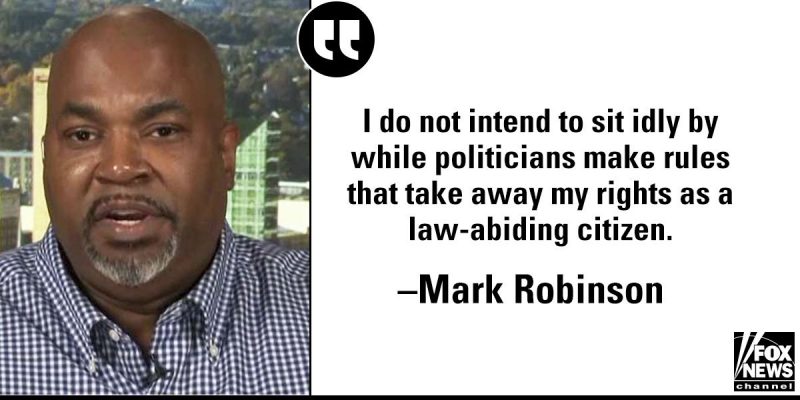 The Greensboro, North Carolina, City Council got more than it bargained for when it opened up a debate for public comment. This summer, a yearly gun and knife show will be held at the Greensboro Coliseum, and council members were debating whether or not it should be canceled. Though the city attorney said it cannot cancel the event, and the council asked the public to weigh in.

When are you all gonna start standing up for the majority? … I’m the majority! I’m a law-abiding citizen who’s never shot anybody. It seems every time we have one of these shootings, nobody wants to put the blame where it goes, which is at the shooter’s feet. You want to put it at my feet! It doesn’t make any sense.

Congressman Mark Walker posted the video of his remarks on Facebook, which then went viral and has had more than 4 million views.

Everyday, millions of hardworking North Carolinians go to work, provide for their families and strive to be good neighbors who make a difference in their communities. Their words are often more powerful than any speech coming out of Washington or Hollywood. Thank you Mr. Robinson for speaking truth to power at the Greensboro City Council meeting last night.

Fox and Friends then had him on, after the video went viral. Here’s what he had to say.

Interested in more national news? We've got you covered! See More National News
Previous Article Only in Texas: National Guard will stay at border “until hell freezes over” [video]
Next Article BAYHAM: The Death Of Stalin And Chappaquiddick – A Conservative Double Feature At The Cinema