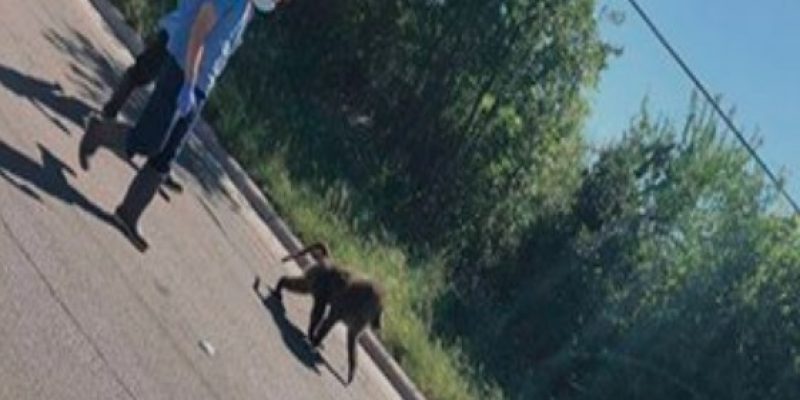 Four baboons briefly escaped from the lab where they were being tested by medical researchers in San Antonio on Saturday. The center experiments on nearly 1,100 baboons that are used for biomedical research of chronic diseases like heart disease and diabetes.

Where was PETA? They missed a golden opportunity.

Three baboons made it past the perimeter of the Texas Biomedical Research Institute’s fence and were captured within 30 minutes, officials at the facility said. The facility’s animal capture team found the fourth baboon a little later.

Baboon on the run

Dorian Reyna from Powerstroke Enginuities caught video of several people chasing one of the baboons that escaped from a medical research facility in San Antonio. All of the escaped baboons have been captured and accounted for.Full story: https://on.khou.com/2HiDkZJ

TV station KHOU-TV shared a video of one of the escaped baboons from witness Dorian Reyna.

How many residents in San Antonio knew they had roughly 1,000 primate neighbors who aren’t in cages in a zoo but are in medical lab cages.

Interested in more news from Texas? We've got you covered! See More Texas News
Previous Article If you haven’t heard these 911 calls it’s worth 9 minutes of your time [video]
Next Article VIDEO: Daniel Cabrera Gets Creamed